Less than a week left of Kidderminster town centre survey

What do Councillors do? 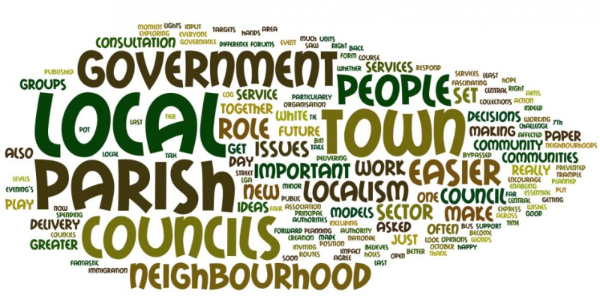 What Does Being a Councillor Involve?

Being a local Councillor involves holding a position of trust and the role can be a rewarding and enriching experience.  It is no easy task being a Councillor.  Society needs to have people, whether at a national or local level, who are able, willing and prepared to take decisions on its behalf.  These can relate to matters which affect the lives of citizens and Councillors must be prepared to be accountable for these decisions.

Democratic election gives local Councillors, like Members of Parliament, a special status in public life which brings with it opportunities to contribute to the wellbeing of society and, in doing so, responsibilities to act fairly and within the law.

What Does Local Council do and what is the Role of a Councillor?

Providing public services is a prime function of local government.  No other public body provides the range of services which a local Council does.  Providing services to meet community needs and aspirations requires the development of policy about the nature of services to be provided and the planning of delivery and resourcing of those services.

A Councillor, therefore, shares a collective responsibility with other Councillors to:

Local Councils consist of Councillors who are democratically elected.  Although the majority are elected on a party political basis, they represent all the people of their communities, including those who did not vote for them.  This representational function would remain even if the Council ceased to deliver services.

A Councillor, therefore, is:

All societies need principles to which they must conform if they are to safeguard the freedom, safety and wellbeing of their citizens.  At a national level, there is a clear distinction between Parliament, which makes the rules, and Government on the one hand, and Courts (or other tribunals) on the other which have separately defined roles to administer these rules.

A Local Council, however, has three roles:

By participating in making or administering the rules which affect the rights and obligations of citizens, Councillors are involved in granting or refusing permissions, licences and planning applications.

Local Government works with others:

Councils not only plan and deliver their own services but overall have a community leadership role.  As part of this leadership role, Councils take the lead in community planning by drawing together the activities of a whole range of public bodies, and the business and voluntary sectors, in identifying a common agenda and drawing together the plans of the partners to address the needs of the communities.  Beyond that, Councils work in a national framework with Government and Parliament at UK and Scottish level, and with other agencies.

A Councillor fulfils an ambassadorial role:

A Councillor’s role is to decide on policy and not become involved in the direct operational management of the Council’s services; that is the responsibility of the Council’s employees.  As paid employees, senior Council managers:

Senior Councillors and the Council Leader have additional roles and responsibilities which contribute to the effective governance of the Council.

A Councillor must apply the following principles in all their dealing with council employees, colleague Councillors and others:

Selflessness: Decisions must be taken solely in terms of the public interest.  Councillors must not act in order to gain financial or other material benefit for themselves or family or friends.

Integrity: Councillors must not place themselves under any financial or other obligation to any individual or organisation that might reasonably be thought to influence them in the performance of their duties.

Objectivity: Councillors must make decisions solely on merit; when carrying out public business including making appointments, awarding contracts or recommending individuals for rewards and benefits.

Accountability and Stewardship: Councillors are accountable for their decisions and actions to the public.  They have a duty to consider issues on their merits, taking account of the views of others, and they must ensure that the council uses its resources prudently and in accordance with the law.

Honesty: Councillors have a duty to act honestly.  They must declare any private interests relating to their public duties and take steps to resolve any conflicts arising in a way that protects the public interest.

Leadership: Councillors have a duty to promote and support these principles by leadership and example, and to maintain and strengthen the public’s trust and confidence in the integrity of the council and its Councillors in conducting public business.

Respect: Councillors must respect all other Councillors and all council employees and the role they play, treating them with courtesy at all times.  It is also expected that others reciprocate this degree of respect in their dealings with Councillors.

Regular attendance at meetings of the Council and of any Committee to which the Councillor is appointed, is an essential component of the policy-making and decision-taking life of the Council.

Contributing constructively to debates within and about the Council.  This is usually done through formal Committee structures but dependent upon the role that you play within the Council, it can also take place informally.

Dealing with issues raised by constituents by correspondence, telephone, electronically and in person on an on-going basis, and making arrangements to make themselves available to constituents, including “surgeries” or in other ways, contributes to the representative role of the Councillor.

Actively being aware of issues affecting the Councillor’s electoral ward and the wider Bewdley community (inside and outside the Council) is part of fulfilling a community leadership and representative function.

A key role for a Councillor is to scrutinise how effectively the Council is performing and meeting its targets, and whether it is achieving best value for the money it is spending.

Working in partnership with other local organisations, as well as other ward Councillors, to identify and pursue local needs and aspirations and encouraging community action is fundamental to the role of community leader.

As a local community leader, Councillors will be invited by local organisations to participate in local forums and events which collectively provide a focus for community activity and development.

Representing Bewdley on other organisations or agencies to which the Councillor may be appointed or nominated by the Town Council.  This involves an ambassadorial function where he or she must promote the Council’s policies, views and profile while serving the relevant organisation’s or agency’s best interests.

Treating all other Councillors and Council employees with respect and courtesy at all times.

Clearly, becoming a Councillor is a time-consuming occupation and should not be entered into lightly.  Being a Councillor may or may not be a full-time occupation.  Councillors should not be faced with excessive demands on their time but should be able to combine this work with other responsibilities and/or interests.  In addition to attendance at meetings during the day, many of the groups that Councillors have regular contact with meet in the evening and attendance at such meetings can add to the length of the working day.

The list below may seem daunting at first, but Councillors are not expected to have all these skills and attributes when first elected.  Support will be provided to help them develop over time.

A commitment to the ethos of public service and equality lies at the heart of being a local Councillor.

Active citizenship is a commitment to contributing to and focusing on what best improves the wellbeing of communities.

The ability to take on board a wide range of information, combined with clear thinking and common sense and to provide the analytical skills which enable objective and fair decision-making.

Dealing with constituents requires a polite and fair approach to understanding the problems which they bring to their local Councillor.

Presentational and communication skills enable the Councillor to publicise the needs of their constituents as well as the policies and aspirations of the Council.

Resourcing the provision of local authority services involves very significant levels of expenditure, which requires a local Councillor to develop an understanding of the Council’s budgeting and control system.

The ability to work with others to attain mutual goals.  This can include partnership working with external bodies as well as cross-party working.