There is also a team playing in the Swale League.

The link below will take you to the EKSMBA where you will be able to see all the results and tables.

On January 25th, the EKSMBA singles competition was held at Hawkinge. Five members of Boughton entered and four made it to the quarter finals including Brian Gentry, Brian May Bob Holliday and Karen Gentry.. Bob and Karen both went on to win.

On 22nd February, theDusty Miller pairs were held at Hawkinge. Boughton's own Karen Gentry and Phil Philpot were runners up. Reaching the quarter finals were Brian May and Bob Holliday. 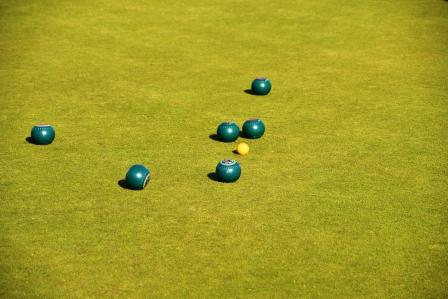