Ciipston is in the north of Northamptonshire, near enough to the Leicestershire border to have that county as part of its postcode. The attractive landscape of gentle hills and valleys, with its cultivated fields and pastures, copses and hedgerows, always surprises outsiders since its pleasures remain relatively unknown. It is close enough to Naseby to have been affected by the Civil War battle. The head of the river Ise rises in the parish, eventually flowing into the Nene.

There are 239 homes in the parish, and about 600 residents. Market Harborough, which is about five miles to the north-east, is the closest shopping centre and has the majority of the services required for day to day living, including rail links to London and the north, bus links to Leicester and Northampton, both about eighteen miles away, and to places further afield. But despite being the nearest town Market Harborough does not function as the administrative centre, since it is not in the same county. This role is taken by Daventry District Council. 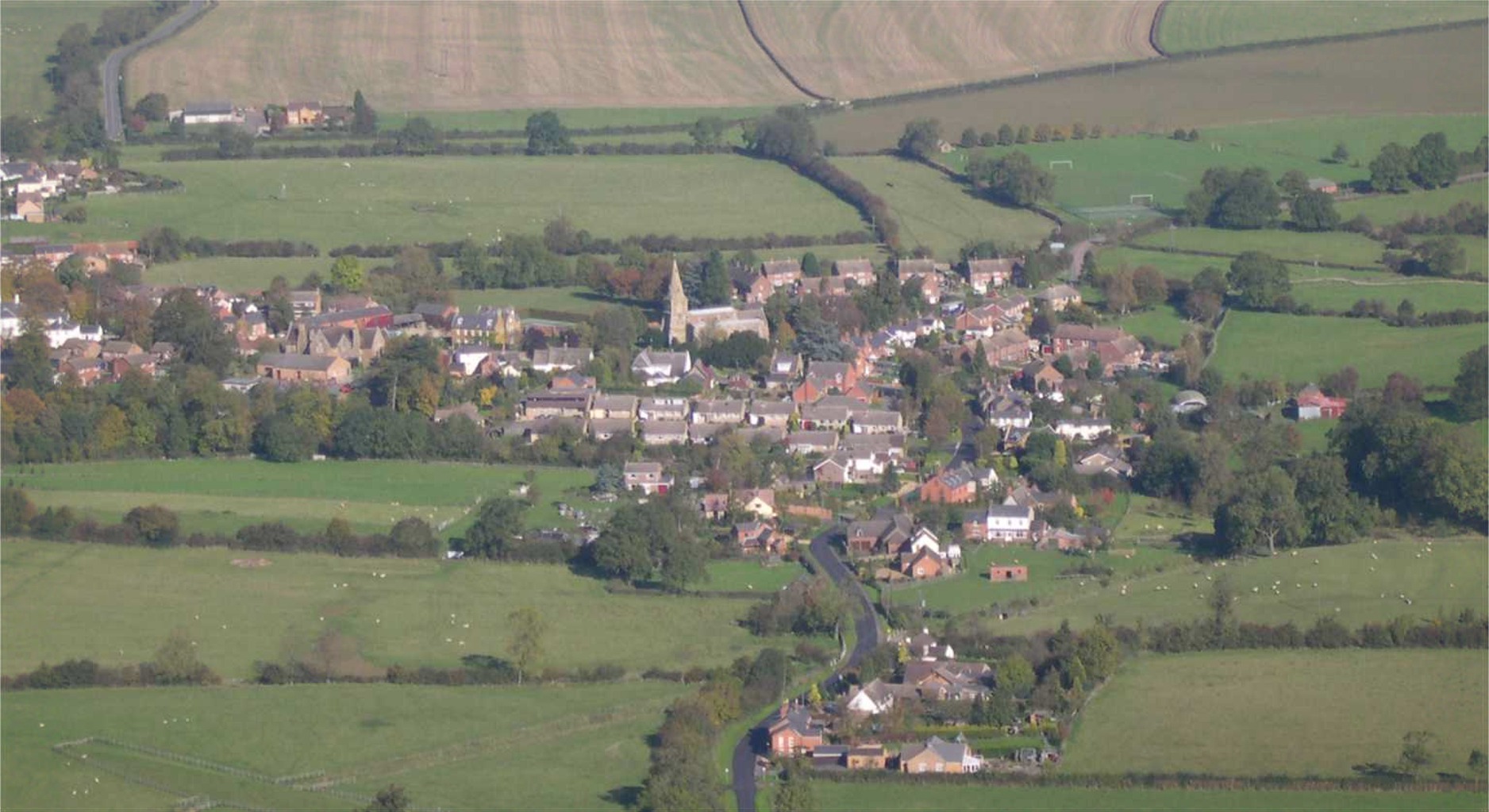