Welcome to the first news  of 2014. After a lot of hard work, by many members, we started the year with the usual pre season Coffee Morning (raising over £500).

12th   Our opening Game resulted as Vice President 104 and President 115 much the same as last year. Followed by pie and peas.

14th  Monday night aggregates got under way with 30 players competing.

19th   George Goode Trophy, first round played, with 17 pairs entered another  increase on the last 2 years.

27th  We visited Lazonby for our 1st friendly of the season, unfortunately Croft Lost 44 to 76.

17th  Green Champion competition started with 18 men and 6 ladies entered. Both down on last year

25th  A successful Croft Mixed Triples Tournament was held was held despite almost an hours delay due to a heavy downpour. This year we had a full entry of  24  and 2 reserve teams from Croft.

1st   Croft Hosted the County Under 25 competition, once again a successful day.

10th  WCMTL. A Team lost to Workington A 2-7, B Team game against Egremont was postponed.

WCMTL KO cup.”A” lost to Workington “A” 4-5, ‘B’ lost to Egremont in a previously cancelled match

9th & 10th  The town pairs competition was won by Cliff Eastwood and Peter Holmes, with John Sewell and John Abram runners up.

31st July Audrey Greenslade Trophy amendment to result, Should be 1st E.Rae and  E.Lowrey with

7th  Friendly against Harris Park away with Croft winning 110-106

17th  The Ladies Triples Tournament had to be abandoned due to heavy rain. 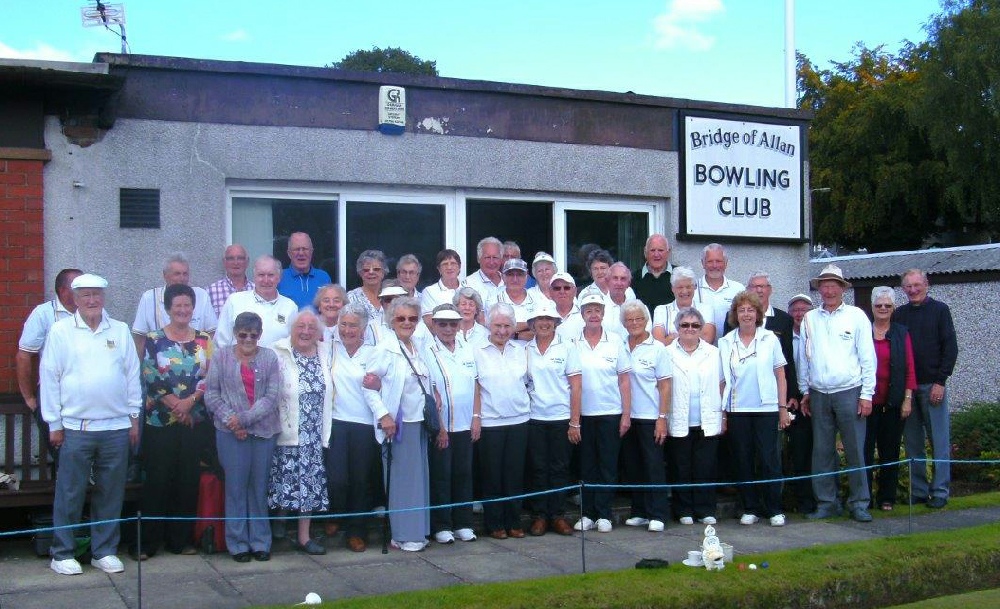 This year there were 43 souls on the tour,35 of whom were  bowlers.

As there were road works in town, the coach picked us up in Wakefield Road car park at 8.30am and off we went.

After a brief comfort stop we arrived in Dunblane at noon, lunched in the town then on to the bowling club. The rain that had persisted most of the way up miraculously stopped while we played 17 ends, then started again as soon as we finished. How’s that for organisation then?

The hosts were very friendly ,and we played 6 rinks against Dunblane, and 1 rink against 2 Croft teams which wasn’t ideal, but it gave a few more of us a game. As we only counted the scores on 6 rinks, we lost by 6 shots.(scores at the end).After tea & biscuits we headed off to our hotel in Stirling.

The Premier Inn, Stirling, proved to be a new facility, and was situated just over the bridge from the town centre. The hotel itself was very clean and comfortable, and the restaurant next door provided good breakfasts and other meals.

Saturday was a better day weather wise, so after lunchtime we headed off to our second venue which was Causewayhead, very near the Wallace Monument.6 rinks played 17 ends in exceedingly good spirits,(pardon the pun!) and we actually won the match. It was a good afternoon with excellent company, followed by a small buffet, which was very welcome.

On Sunday, the impromptu trip to the Wallace Monument was marred because the bus couldn’t get to the car park. Anyway, everyone boarded the bus at the hotel at 1.00pm and we got to Bridge of Allan in good time for our match.

The weather was brilliant, but unfortunately the result wasn’t. The company was very sociable, and the club provided a lovely buffet to send us on our way home. The highlight of the match was that Bobby was our only winner, which meant he didn’t manage a full set of wooden spoons.

5.45pm saw us setting off to Cockermouth and we arrived back at 8.45

I’m sure you will all have good memories of this tour, and I think most of us would like to return here sometime in the future. Also I would like to thank you all for your co-operation in making the tour so pleasant.

13th  Second Leg and final game of the season, President v Vice President for the Penrice Trophy. With President winning 131-130 on the day and by 246 – 234 on aggregate.