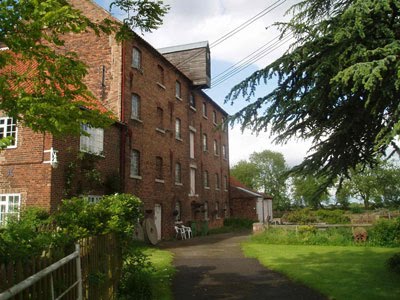 There is still a mill on the Greet today and its location is most likely to have been the Domesday mill site. This mill, however, was built in 1790 as a cotton mill, though by 1837 it was being used as a corn mill, owned by Mr. John Chambers of Tibshelf. Joseph Marriott ran the mill from the mid 1840s and eventually purchased it in 1881, leaving it to his son, William Birch Marriott, who continued to run the mill until 1921. After this time it was used to produce animal feedstuffs and ceased production in the 1980s. 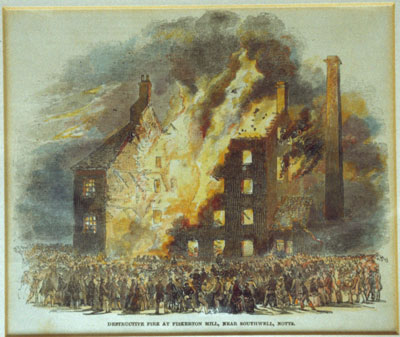 Fire was an ever present threat in a corn mill and Fiskerton Mill suffered three major fires. The date and severity of the first is unknown, but the second was well documented. It occurred on 8 December 1851 and resulted in the death of five men. The mill was largely destroyed, but re-built very much as it had been.  It then suffered another fire in 1856, though reports suggest it was far less damaging than the earlier one in 1851.