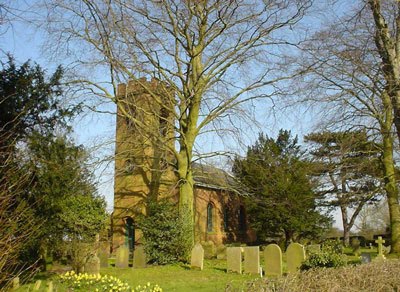 From the time of the Southwell Charter 956 AD, Morton was closely associated with Southwell Minster and references to the village in early records were often in connection with its church.

The Church of St. Denis

The present brick-built church dates from 1758, though there has been a church on the site since medieval times. The earliest reference is to a Chapel of Ease dedicated to St. Denis being established in Morton in the reign of King Stephen (1096-1154). This Chapel of Ease was founded by the inhabitants so they could have divine service in Morton, their parish church of Southwell being “farre from them”.

The old church building was demolished around the middle of the eighteenth century, though there are no records as to exactly why nor at whose expense the new church was built.  All that is known about it is that a later vicar, the Rev. John Marsh, who died in 1878, used to speak about an “aged parishioner who worshiped in the old timber-framed and thatched Church at Morton, which was taken down in 1758”.

At the time of the Domesday Book, Walter D’Aincourt was the main landowner in Morton.  Several landowners followed, including the Cressovers , but one family in particular that should be mentioned was the de Annesly family because the de Annesly estate passed through marriage to John Ashwell, who built, it is believed, Ashwell Hall.  This was the manor house of its day and was described by Thoroton in his History of Nottinghamshire published in 1677 as a “capital messuage”.  Its exact location remains unknown, though there is some speculation that it might have been on the site of the present Manor Farm.

Like Fiskerton, the manorial lands of Morton were eventually granted by Elizabeth 1st to Thomas Cooper and so passed into the hands of the Plumptres from 1649 and then to the Wrights from 1857. The remnants of the Manor Estate were sold in 1968 and most now form part of Morton Manor Farm. 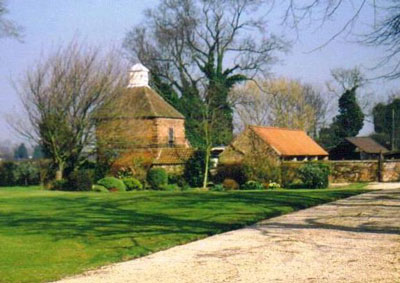 Morton Manor Farm has one of the oldest buildings in the village, a dovecote, or more properly a pigeoncote, which dates from the 17th century. The dovecote features in Mediaeval Dovecotes in Nottinghamshire written in 1927 by J. Whitaker. He complained in the book that this dovecote had lately been turned into a place to hold the machine for the electric lighting of the house and buildings.  When the dovecote was in use it had nesting places for around 600 birds.

Agriculture was, until well into the 20th century, the main occupation of people living in the village and Morton Manor Farm is one of two farms still operating today.

The village in 1950 was very much as it had been 100 years earlier with development contained in general between the Church and Back Lane. It has, however, almost doubled in size over the last fifty years to about 62 houses, and, like Fiskerton, now largely serves as a commuter village for Nottingham and elsewhere.