The Gas Social Bowls Club was formed back in 1950 primarily for British Gas employees and some of them still play today.

Although playing in various leagues, the Club prides itself on its Social aspects both hosting and travelling to friendly matches and running numerous club tournaments including candlelit end of season bowls/fish and chip supper evening. The Club also embarks on a Bowls Tour holiday every September and for 2019 this will be on the Isle of Wight.

The Club Badge originally depicted the gas flame but as links to British Gas has diminished over the years it now depicts a flame of light from a lighthouse to highlight our island location and proximity to the Solent as well as elements from the Portsmouth city crest.

The green is normally laid out for six rinks but we can sometimes accommodate more rinks by joining with another club adjacent to ours.

Portsmouth city centre is close and the seafront with all its amenities nearby where visitors can take in the Solent views as well as visiting Gunwharf Quays a lively shopping and leisure complex, the landmark Spinnaker Tower and the Historic Dockyard with HMS Victory, Mary Rose Museum and HM Warrior as well as other attractions. 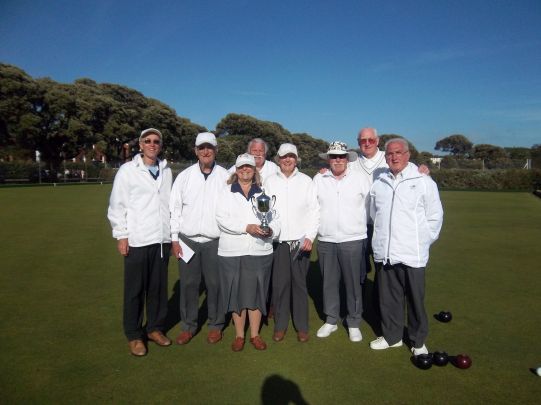