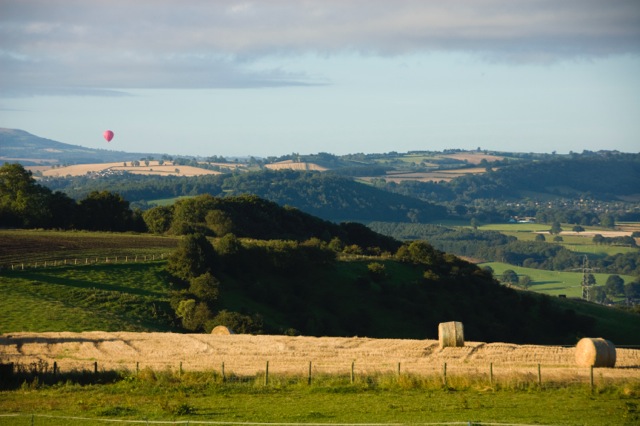 Although it has seen considerable industrial activity in the past, little of this is immediately evident in the peaceful countryside of the parish, which combines mixed farmland with a relatively high proportion of diverse, species-rich woodland.

Including, as it does, the bulk of The Wrekin hill as well as the Ercall in the north and west, and the slopes of Ironbridge Gorge above Buildwas to the south, more than a third of the land area of the parish is wooded. Much of this woodland has particular value as a prime example of post-industrial natural regeneration. Indeed, large tracts are classed as ancient semi-natural woodland of a notably high conservation status.

The importance of the landscape is underlined by the inclusion of the entire north western quarter of the parish in the Shropshire Hills Area of Outstanding Natural Beauty (AONB). The thin finger of land that is in the AONB in this part of the county, and its close proximity to the urban area of Telford, makes it especially vulnerable and valuable.

In addition to the AONB and ancient woodlands, the parish contains a number of recognised areas of special conservation and historical importance, including Sites of Special Scientific Interest, Wildlife Sites, Nature Reserves and Ancient Monuments.

The mixed nature of the farmland, interspersed by woodland and a large number of thick hedgerows and green lanes, not to mention several areas of open water and brooks, creates an excellent habitat for animals and birds.

No trunk routes or main roads pass through the parish, which is almost exclusively served by country lanes.

These are linked by one of the highest concentrations of public rights of way in the area – a total of 74 separate paths, of which seven are Roads Used as Public Paths (RUPPs) and four are bridleways.

Two long-distance footpaths – the Shropshire Way and Hutchison Way – and the Much Wenlock loop of the National Byway Heritage Cycle Route also pass through the parish.

The majority of the land in the parish is devoted to mixed farming. It comprises grassland, forage crops for livestock feeding (primarily maize) and some arable cropping (cereals, sugarbeet and potatoes).

The substantial area of tree cover is primarily mixed deciduous woodland which has regenerated on sites of old industrial activity. The bulk of it is not commercially exploited, although relatively large numbers of game birds are reared within it for a local shoot.

The legacy of old industrial activity is evident in several abandoned stone and lime quarries, most of which are in an advanced state of natural regeneration. Others have formed pools and bodies of open water, the largest of which have been stocked for coarse fishing.

More recent opencast coal mining has created a number of voids which have been used for waste disposal over the past 50 years. A single landfill site continues to operate in the last remaining void (Dog in the Lane). This has an anticipated lifetime of a further 4-5 years, after which it will be reclaimed to a mixture of agricultural land and amenity woodland.

Relatively large areas of the woodland within the parish are extensively used for public access by walkers, cyclists and horse-riders.

Recreational land use includes two golf courses - the long-established private Wrekin Golf Club abutting the Ercall on the northern edge of the parish, and the newly-created public Horsehay Golf Centre on reclaimed opencast land on its eastern fringe.

With the exception of the landfill site, there is no longer any industrial activity within the parish. Almost uniquely in the Borough, this and the complete absence of major roads ensures it remains a tranquil and relatively unspoilt rural area.