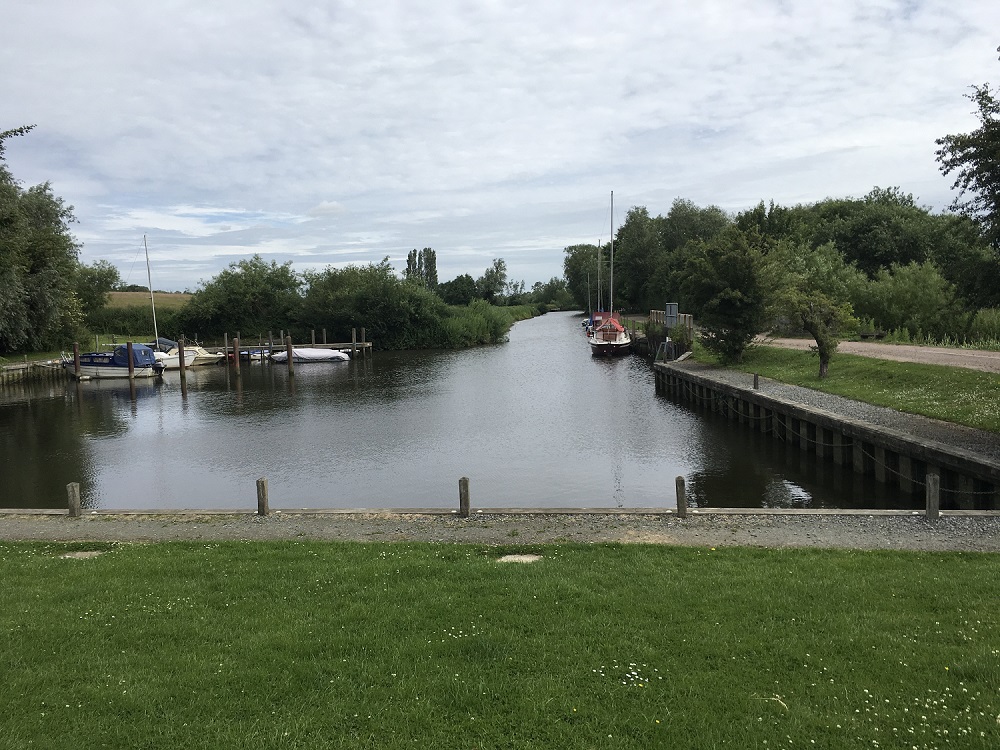 The origins of the Trust date back to 1808. Following the Claxton and Rockland St Mary Enclosure Act, as compensation for the loss of Commoners Rights, commissioners determined that nine acres of land surrounding the Staithe be given to a specially established charitable trust.  At this time the sole purpose of the Trust was to manage this land in order that an annual fuel "allowance" (in the form of coal) be provided to parishioners in need whose ancestral right to collect fuel from "common" land had been taken away by the Act.

The original Trust land comprising largely of marshy meadow, reed beds and a small area suitable for allotment gardens, was given a new lease of life in the late 20th century when the area surrounding the Staithe was re-developed adding the existing car park, slipway, quay and grassed areas to the Trust's assets.

In 1985 the Trust registered its charitable status and the Charity Commission accepted its current constitution.

What are the obligations of the Trust?

* To “maintain the property of the charity”

*  To fulfil the charitable objectives stated in its constitution…“..relieving persons resident in the Parish who are in conditions of need, hardship and distress by making grants of money or providing or paying for items, services or facilities calculated to reduce (these)… ”

How does the Trust raise money?

The main source of income is via Staithe mooring and slipway fees, from The Broads Authority, clubs and private individuals.  A small area of pasture on Lower Road is leased to a local farmer.  The Trust also leases the Staithe car park to the Rockland Parish Council and allotments on the New Inn Hill site to interested parties.

How is the raised money spent?

The largest annual outlay is keeping the areas around Staithe neat and tidy.  (The grassed "amenity" areas cut and cleared of leaves, hedges and verges trimmed).  The next largest cost is an annual insurance policy.  Additionally, there is ongoing long-term maintenance to the now-aging infrastructure.  (For example, in 2014 the Staithe jetty was replaced at a cost approaching £5,000; in 2016 car park repairs, allotment improvements and replacing rotting quay headings totalled nearly £3,000 and in 2017 the cost of refurbishing road side barriers opposite the New Inn and further quay heading replacement was in excess of £1,600).  After asset maintenance costs have been met a proportion is set aside as a "reserve" and the remainder used for charitable distribution.

Grants to individual parishioners are generally, though not always, made after a referral from local social services or other specific organisations such as Age UK.

These are based on the length of the vessel and are currently set between £11.00 and £15.00 per foot, depending on the mooring location. Demand for moorings is high and there is always a waiting list.  Parishioners on the list are given priority when moorings become available.

Plots are rented out on a four-yearly basis.  Current charges are £16 per annum per plot.  Occasionally, "half plots" are available at a reduced rate.

The Trustees have had to make a new arrangement for the collection of slipway fees at the Staithe. Keith Saxton has for the past 20 years kept the key for the entrance gate and permitted the fees to be deposited at his property. Given the recent change in Keith’s circumstances, the decision has been made mutually that this arrangement come to an end.

Since the beginning of April, the slipway Key and fee deposit box is located at The New Inn public house (on the wall under the arch). Available 24 hours a day, every day of the year.

New signage will be installed next to the slipway and a notice on Keith’s property to inform boaters of this new location and of the new scale of fees. The fee for trailered boats is £5 and for all other craft, the fee is £1.

How could I get involved?

As a Trustee - Trustees are elected for four-year terms and generally meet four times a year, giving up their time on a voluntary basis. Beyond the legal requirements set by the Charities Commission, the only requirement is that the applicant has been resident in Rockland St Mary for a minimum of two years.

As a volunteer - occasionally, Trustees organise working parties to undertake maintenance tasks from tree pruning to general repairs.  If you're interested in helping out, please contact the Clerk.

How to get in touch?