Teesside Veterans Bowls League is an Open League which is split into two Areas divided by the River Tees, North and South. Each Area is divided into two Sections, 1 and 2. The men and women who wish play in the League or its Competitions must be aged 55 years or over.

A team in League games consists of one rink of 4 players each playing 2 woods. Each game will consist of 18 ends.  Two points are awarded for a win. One point to each team for a draw. League games are played on a Friday, commencing at 1.00 pm., as per the League Fixtures.

Clubs may enter more than one team in the League.   A player can only play for one team. Players will wear white above the waist, grey below and regulation bowling shoes.   However, teams that have their own coloured club shirts are allowed to play in them as an alternative to white shirts providing that the whole team is dressed the same.

The League holds its Annual General Meeting and Presentations in February each year. 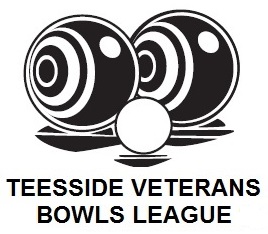