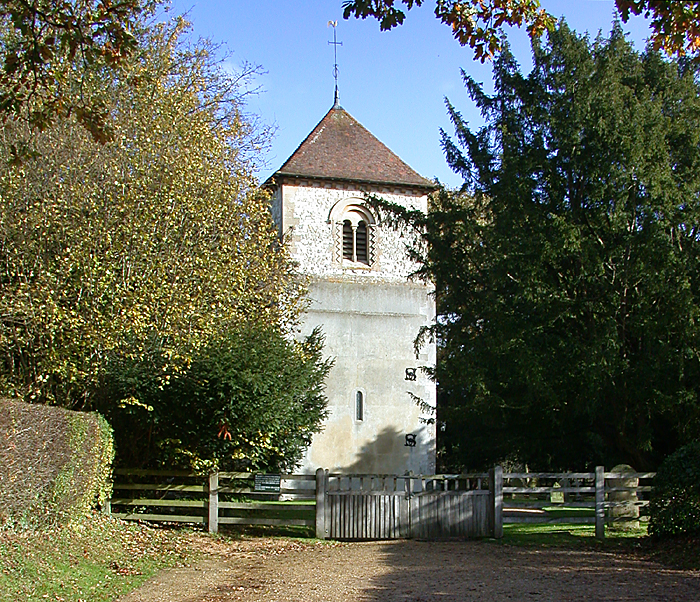 Winchfield is a small village and Parish in north-east Hampshire. Its nearest neighbours are the villages of Hartley Wintney, Dogmersfield, Odiham and Hook.

Frequently referred to as the green lung of Hart, Winchfield has retained its rural character. Comprising about 706 hectares, or 1800 acres, it is crossed from east to west by both the M3 motorway and the main railway line between Waterloo and Southampton, while at the southern tip is a three mile stretch of the Basingstoke Canal, which is a Site of Special Scientific Interest. This unique environment is one of only two freshwater canals in the County.

Winchfield has an iconic Norman church, two pubs and a modern Village Hall. St Mary’s Church, built around 1150, is the oldest Grade 1 listed building in Hart. John Arlott, writing in the June 1977 issue of ‘Hampshire’ magazine about Hart District, said: “Winchfield, in the centre of the district and on the Basingstoke Canal, is worth visiting if only to see the church. It is unusual in having survived the age of Victorian restoration with much of its fabric – all except the modern north aisle, the 16th-century south porch and the 19th century renewal of the top of the tower – virtually as it was when the medieval masons finished it eight centuries ago.”

Winchfield largely comprises a mix of farmland, mainly arable and grassland, and areas of ancient and semi-ancient woodland of oak, beech and chestnut, with some fine expanses of seasonal wild flowers and undisturbed areas of priority wildlife habitat.

Winchfield is an ancient village mentioned in the Domesday Book of 1086, then named Winesflet. There is reference in manorial history records of Wynchefelde as belonging to the Monastery of Chertsey in AD727, it was later documented as ‘Winchelefeld’ meaning ‘open country’

Once part of the great kingdom of Wessex, the area around the Church was probably the site of a medieval village. There are two areas of significant archaeological interest, 29 listed buildings, remnants of wartime defences, locally listed heritage sites, sarsen stones and milestones.

Winchfield is a fine example of a ‘dispersed settlement pattern’ and such villages are becoming rare. It consists of larger areas of settlement, and several clusters and small hamlets of homes scattered across the Parish.

Most of the narrow lanes, the pattern of which date from the 12th century, have no paths, street lighting or central road markings; these wind through the woodland and fields defined by hedgerows and grassy verges, overhung with trees which are the essential wildlife corridors and habitat for many birds, bats, owls, and other animals. ‘Finger post’ direction signs are positioned on grassy islands at some road junctions. There are no ‘modern’ road signs, and no signs are lit; these are rural village lanes.

Winchfield has evolved over centuries to become a community today of around 700 residents in 294 dwellings including 9 farms some of which grow arable crops or keep livestock.  On several farms the barns and farm buildings have been sympathetically converted to provide premises for small business units. Other farms have changed their land use to meet current needs such as equestrian enterprises and the provision of logs, all reflect the important individuality and character of the area. The population is scattered across the parish in various parts of the village the largest residential areas being around Winchfield Hurst, Winchfield Court, Beauclerk Green and areas of Shapley and Shapley Heath.

There are two pubs in Winchfield, but no other services or amenities such as shops, doctors, dentists, garages or schools. As a result, car usage is higher than the district and national average in Winchfield, as it is in most rural villages. There is no longer a bus or a taxi service for those without private transport.

Although Winchfield has no ‘village centre’ which is unusual, there is a strong community spirit and events such as the monthly coffee mornings, biannual litter picks and concerts are well supported. A network was very quickly established at the start of the Covid pandemic in 2020 to ensure that every resident had access to a coordinator to assist with any difficulties they faced during the periods of lockdown and other restrictions.

The natural gaps, formed by fields, woodlands, the River Hart, and the Basingstoke Canal between Winchfield and its neighbours currently restrict coalescence and maintain the individual identity of this rural environment.

The narrow lanes are used by motorists sharing the road with pedestrians, cyclists and equestrians. The network of footpaths and bridleways across the fields provide miles of leisure routes for all to enjoy. The seasonally changing landscape is, for its residents, countryside living; for its many visitors, it is the valuable green space they come to enjoy for recreation.

Our rural parish came under serious threat after Hart Council voted in November 2014 to "test" a new settlement proposal for up to 5,000 homes. Such a prospect was strongly opposed by the Parish Council, local residents who formed the Winchfield Action Group, and the WeHeartHart campaign (http://wehearthart.co.uk)

Hart Council held a Regulation 18 consultation on its draft Local Plan from  April to June 2017. This suggested a new settlement should be sited at Murrell Green, partly in Winchfield parish but mostly in Hook, with access from the A30 and including the site for a secondary school. It was generally accepted that the proposal for a new settlement in Winchfield had failed the 'testing' process on a number of grounds, including flooding, environmental issues, and transport / highways concerns in particular.

However, in January 2018 Hart Council approved the draft submission version of its Local Plan which included a different strategy to create a new settlement somewhere in an "area of search" that includes most of the farmland in Winchfield parish and also Murrell Green. A Regulation 19 consultation on this plan was held between February and March. Winchfield Parish Council's submission was supported by Dogmersfield, Crondall and Hartley Wintney Parish Councils and by the Whitewater Valley Preservation Society and the Odiham Society. The submission can be seen here: 248 - Winchfield Parish Council

Responses to the consultation indicated widespread opposition to the idea of a new settlement under Spatial Strategy 3 (SS3) which was not justified by the housing numbers. The ultimate decision was in the hands of Jonathan Manning, the Inspector who held an Examination in Public in November 2018. Winchfield PC made strong submissions at the Examination, and many points were accepted by Mr Manning in his letter to Hart Council dated February, 2019, which can be found here. He criticised the new settlement policy (SS3) on many grounds including sustainability, deliverability, historic and heritage issues, landscape, land quality, flooding and lack of infrastructure. Accordingly, he advised that SS3 should be removed from the Plan.

In November 2018, the District Council, in partnership with Gallagher Estates and Lightwood, published a Garden Community Shapley Heath Vision Document for potentially 5,000, and up to 10,000, homes predominantly located within Winchfield.

Hart Council announced in June 2019, that it had been successful in a bid to join the Government's Garden Communities programme, receiving £150,000 in this first year. The money was to help develop the Shapley Heath Garden Community.

Winchfield Parish Council therefore recognised that the prospect of major development still existed and decided to review and update its existing Neighbourhood Plan, to seek the support of the local community to develop a vision for the parish for the next decade which would need to be formally considered at any future review of the Local Plan.