Where and how we started

We are a flat green bowling club established in 1955 to carry out the sport of bowls.
We are a unified club in which Gentlemen and Ladies play in a variety of club games, both internally and externally with other clubs in Devon. We are affiliated to both Bowls England and Bowls Devon.
There are many league games shown on the club fixture list. These are played by Men and Ladies only teams.
All friendly games listed in the club fixture list are mixed games.

We play a number of Friendly games at weekends, Saturdays and some on week days  These are mixed team games against other Devon Clubs..

During the off season, after outdoor play has ended, we have a Short Mat club which meets for roll up games every Tuesday and Thursday. Together with this activity, we also play leagues games, some as afternoon fixtures and some in the evening. More details can be found on the Short Mat page.

North Tawton Bowling Club has been designated a Local Green Space in the North Tawton Neighbourhood Plan for its recreational value to the community and its historic significance (http://www.northtawtonneighbourhoodplan.co.uk/  pages 20-21).

The designation of land as Local Green Space through neighbourhood plans allows communities to identify and protect green areas of particular importance to them. 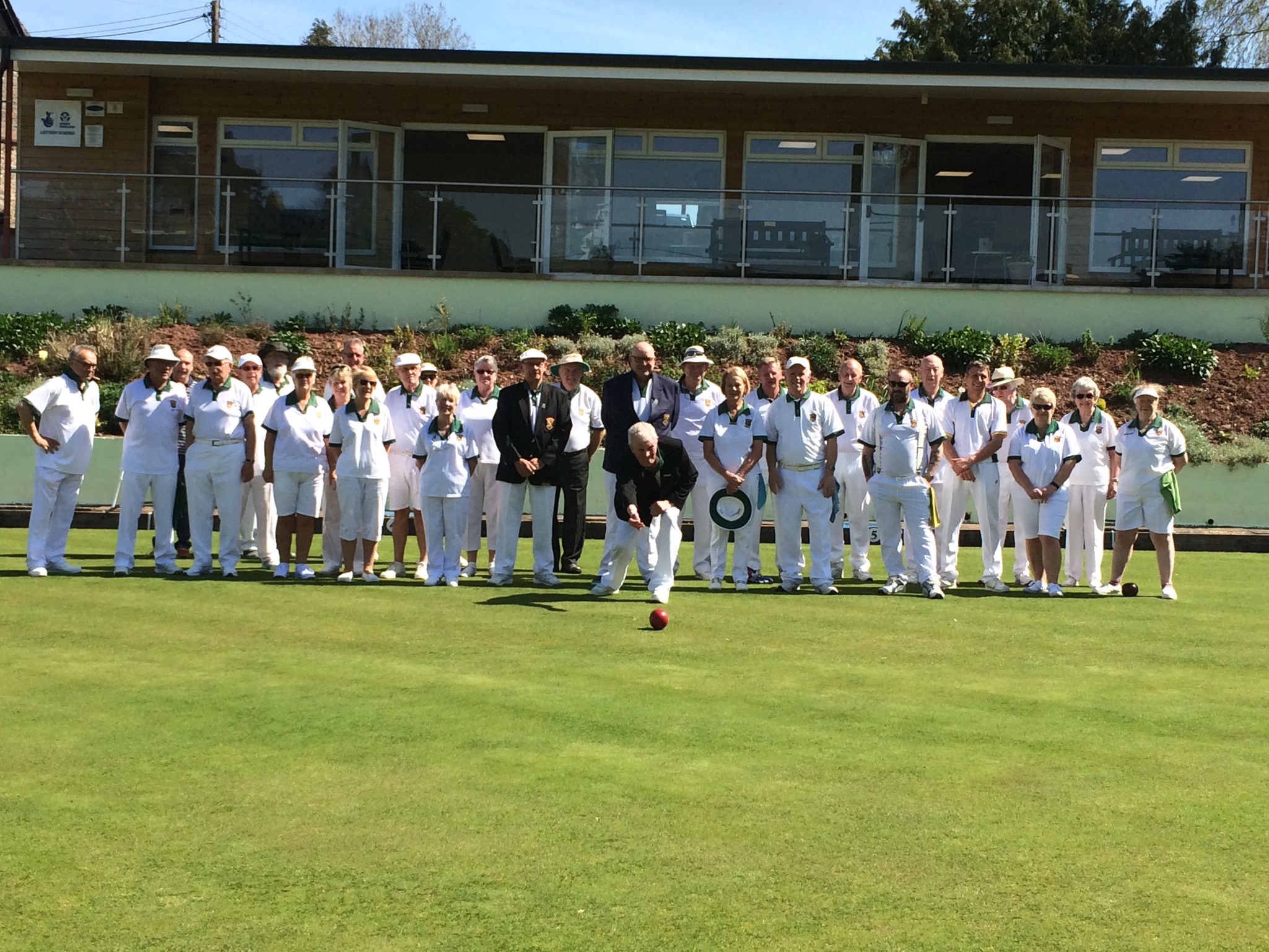 The club members then went into the Spider which had a prize of a bottle of Whiskey for the Bowler nearest to the Jack.

For the spider, members place themselves around the 4 sides of the green, place 1 foot in the ditch and have a single Bowl in their hands. The President then throws the jack and at the same time all members bowl their wood. Nearest to the jack wins the prize.

The following roll-up game was completed with a bring and share tea and of course the Bar.

All enjoyed the day and were looking forward to a substantial  fixture list to work through during the season.