The Christy Memorial Hall or the Old Alresford Village Hall was opened in 1912 and later enlarged. It was named for Joseph Fell Christy, a prominent villager. The hall is the social hub of village activities and many of the village clubs meet there. The hall is available for hire by the public. It has a main hall seating up to 75 people, and the Bernard Clarke room which is suitable for smaller groups

The Hall Management Committee is responsible for the Hall. The members are either elected at the annual general meeting or they represent the users of the Hall

There is a Post Office in the hall on Thursdays. 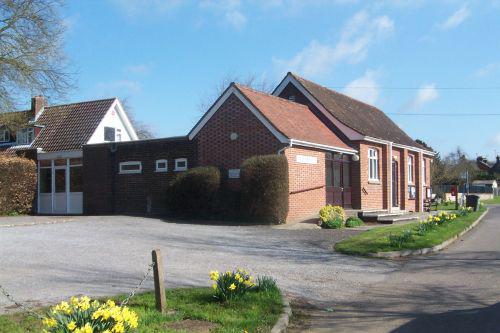