All the sports sections of the Club were faced with the prospect of either "folding" or dispersing their membership amongst the various local Sports Clubs and Teams.

The Pirelli Bowls Section, under the guidance of Eric Williams and Bob Fawcett enquired of Eastleigh Borough Council and Fleming Park Bowls Club as to the possibility of utilising the under-used "Scapa" artificial Green so as to continue with their current membership and hopefully their Pirelli identity.

With the good will of Fleming Park B.C. and helpfulness and assistance of Eastleigh Borough Council, meetings between  both Clubs took place with the result that, what was the Pirelli B.C. complete with their membership would utilise the artificial Green and share a new Pavilion with Fleming Park.

Unfortunately, although the move from the Pirelli site to that of Fleming Park was achieved smoothly, permission to use the name Pirelli and the "long" 'P' of the Pirelli  Logo was refused, therefor our new club name of "PARKSIDE" was formed.  Importantly, we were able to continue as a Club with most of our original team members to compete locally. 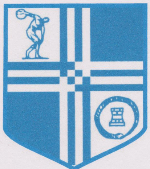 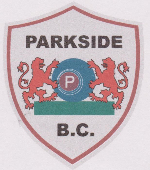