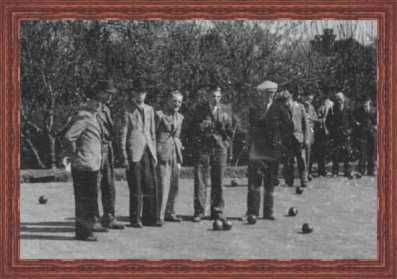 Birstall Bowling Club germinated from an idea by ‘Freddy’ Astill in late 1944. Not long after, the first meeting of the founding members took place at the council school on Wanlip Lane on Thursday November 30th 1944, when a small committee was formed.

Mr William C. Wesley, of The Limes, Park Road, Birstall allowed the tennis court at the rear of his house to be used for the playing of bowls, for 10 shillings pa. The agreement was signed by the Officers of the Club and dated Christmas Day 25th December 1944.

The 10 club members each made an interest free loan of £5 each on the December 31st 1944, to finance the Club and then annual subscription were set at 30 shillings and a joining fee of 10 shillings if paid before June 1st or £1 if after that date.