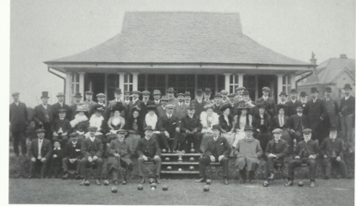 The club was formed in March 1908 at a meeting attended by eleven people in a boarding house on the Esplanade. Major R Firth seems to have been the driving force behind the formation of the new club and in fact became its first Chairman. A year later on April 28th 1909 the first corporation owned flat green was formally opened by the ex-mayor. In 1912 the club had to resist efforts by the Yorkshire Lawn Tennis Club to take over the green for use as a croquet lawn.

As the land was owned by the council, the club had exclusive use of the green for only six half days a week. At all other times the general public were admitted. The club employed a gatekeeper to set up the green each day and collect money from visiting players. In 1938 the club found it impossible to play home matches because of the large number of visitors using the green. In 1965, 5000 visitors’ tickets were sold during the season. In fact the 1960’s were a golden decade for the club. In 1964 membership peaked at 181. However the large numbers of people using the facilities meant that throughout the 1960’s there were many complaints about the poor state of the green.

In fact the condition of the green has long been a bone of contention to members. The council appear to have used turf infested with weeds to lay the first green in 1908 and the green was moved soon afterwards about fifty yards nearer the town to its present site. At the opening of the green in 1914 Major Firth complained that was not another green in Yorkshire so bad. The green has been relaid three times. In 1938 the committee commented that the new green would be better the following year provided the Germans left it alone. It was done again in 1963 and 1975 (when drains were laid). However at other times the green has won various greenkeeper awards.

Our current problems are not entirely without precedent. The green was closed to all members and visitors on a Sunday to give it a rest and the committee had turned down all requests from the council to rethink the policy. In 1956 the Town Clerk threatened the club with eviction and a move to Sea Cliff unless they agreed to open on a Sunday. The club reluctantly agreed but then in 1960 the decision was reversed because the green was again in a mess.

Ladies were admitted to the club in 1909, but it brought few privileges. In a letter written to the ladies’ section in 1933 the then all male committee wrote – ‘Years ago, by a resolution voted in our committee, Ladies were allowed the privilege of becoming members, but that is all. Your committee for regulating whist drives and the tea functions were agreed to at a meeting, but there your powers ended.’

In 1939 it was agreed that ladies could have use of one rink one day a week and in 1946 the captain agreed to provide two men to assist the ladies to wash up after matches.

In 1971 a proposal to give women full voting rights (except when voting for men’s captain, vice captain or match secretary) was actually defeated. In 1982 the club threatened to withdraw from the District 5 League (now the Friday Night Independent League) if Ladies were allowed to play. It wasn’t until 1992 that Ladies achieved equality and in 1996 the club had its first Lady Club Captain.

In July 1934, a member had been seen picking roses from the flower beds and was asked to resign. In 1938 the gatekeeper obtained permission to sell tobacco and matches from the visitors hut.

In 1952 STW Dennis printed a postcard of the green and in 1997 South Cliff featured in a radio 4 programme.

Originally the clubhouse was situated with its back to Filey Road and facing the original green. It was moved to its present site in 1911.The clubhouse had two rooms one for use by the members and one for use by the public. By the 1930’s these had become separate men’s and ladies’ rooms. In 1960 the clubhouse was extended, but sliding screens still separated the men from the women. This screen was still in place in 1974. In the 1960’s non members were not allowed in the clubhouse even when it was raining. At that time the construction of a veranda was suggested and this was eventually built in 2005.

Thanks to Amy and Ian Ker for the original research into the club’s history and John Stather for additional information.

Update - the  past four years

In 2015 South Cliff Bowls Club was giving serious consideration to closing. Numbers had fallen dramatically. A last-ditch effort, in the form of a leaflet drop, yielded results and numbers increased significantly, aided by social bowling and social events. This increased optimism and ongoing development was dealt a blow when, in May 2017, the Council decided to add the Bowling Green to the land for sale at the former Filey Road Sports Centre. The shock and surprise at this action led to a very effective campaign, including TV coverage,  widespread support in the press, and a very well attended public meeting illustrating the Club’s determination not to move to the wind swept Sea Cliff site proposed by the Council. A pair of metal hands on the posts outside the Green raised people’s awareness of the Club and we have seen an increase in the footfall around the Green from dog walkers to those who wish to sit in the sun and watch the bowls before enjoying a welcomed cuppa.

In December, the Council informed the Club that they would not be moving to Sea Cliff but a site adjacent to College Avenue. In June it was agreed that we did not have to move and would be staying on the Filey Road site. This was welcome news for a Club with over 100 years history and a site enjoyed by many for its tranquility and pleasant aspect. The Club had also applied for, and been successful in its application to be an Asset of Community Value. In 2019, the Club negotiated a 25 year lease from the Council. Our thoughts now turn to planning for the future. 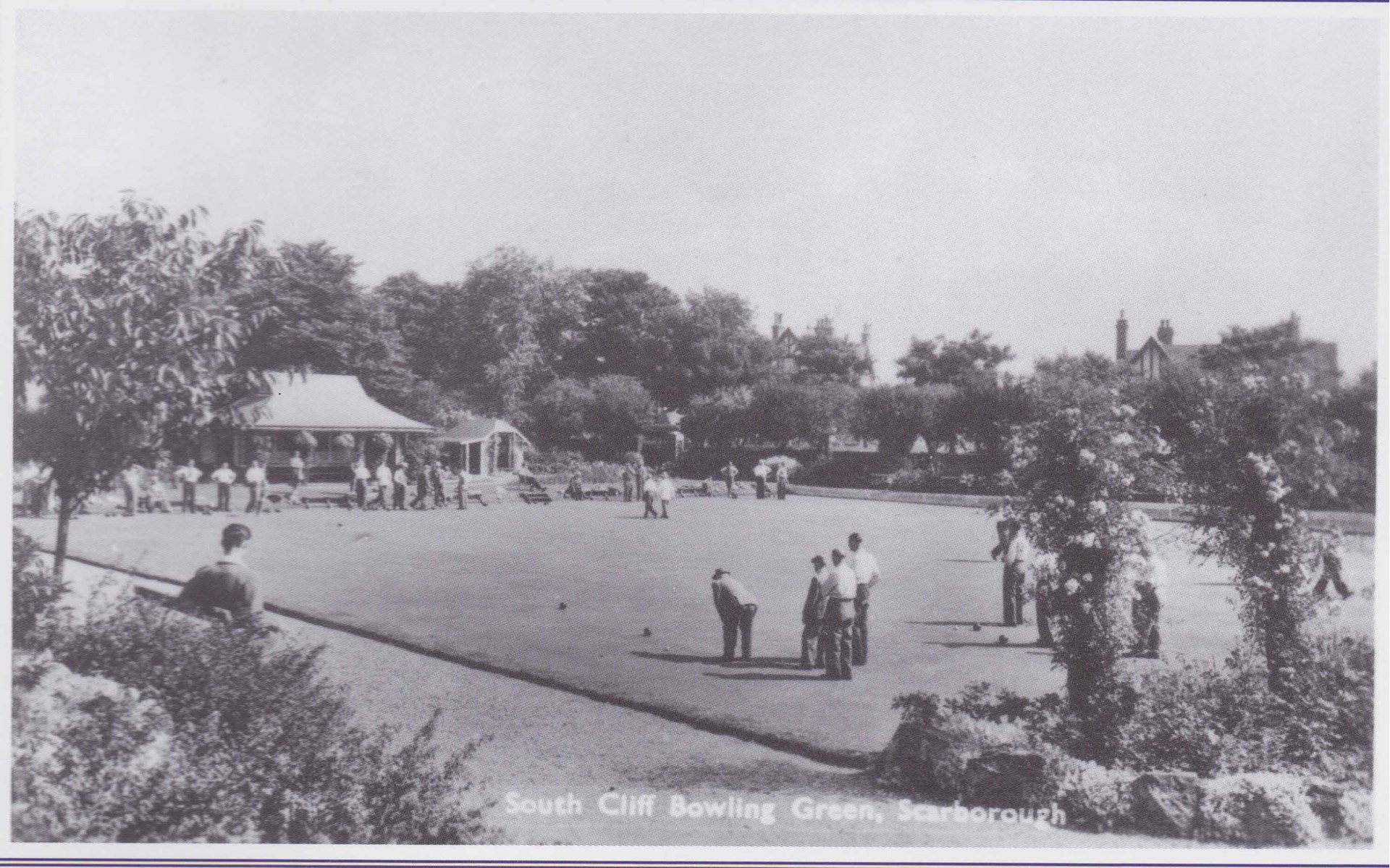