It has been a successful season for the club's three Over 60s league sides with St Thomas A , captained by Richard Dalley, & St Thomas C , captained by Colin Goldsworthy both finishing runners-up in their respective Exeter & District Over 60s divisions to gain promotion. The B team, with Dave Boyns taking the reins after the sad death of John Ayres midway through the season, also did well to finish in 4th place in their division. 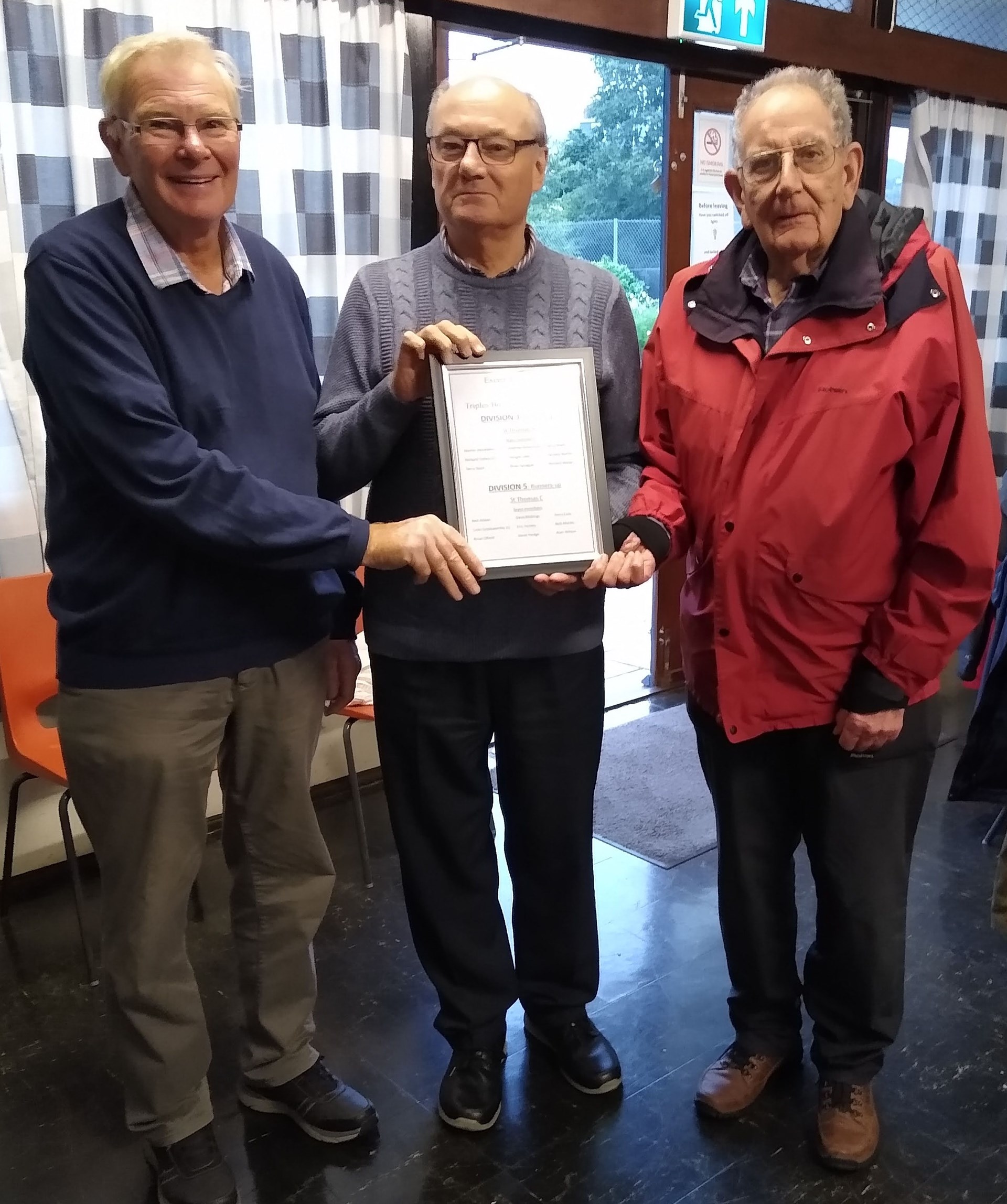 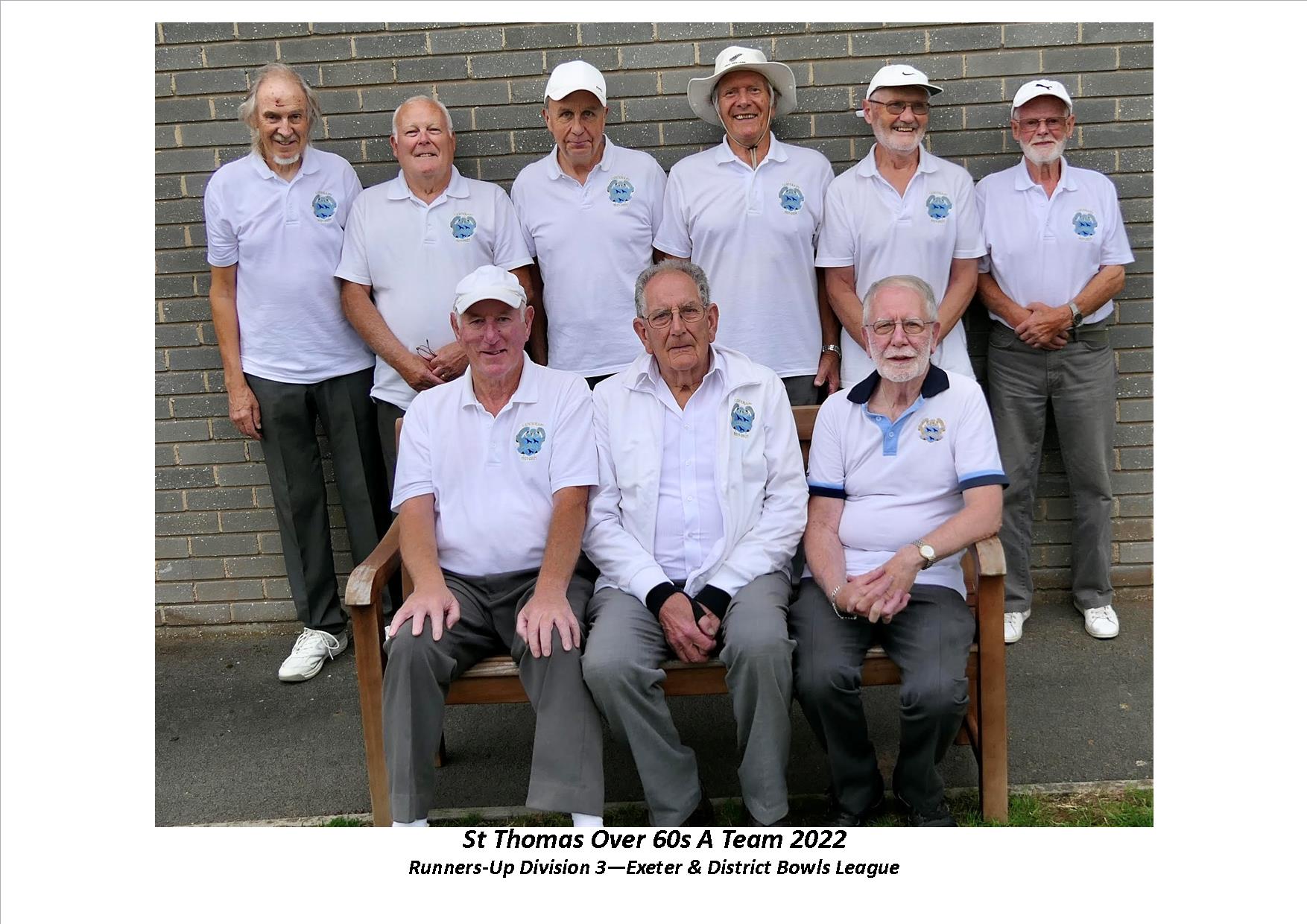 Following the successful Centenary tournament held in 2021. Our club sponsor, Michael Cotterill of TRF Wills, kindly agreed to a sponsor the event again this year. There were some last minute potential hiccups with several home players unable at the last minute due to Covid-19, however replacements were drafted in and the event went ahead with six visiting teams (Belmont, Broadclyst, Crediton, Exonia, Heavitree & Pinces Gardens) played matches against six teams from St Thomas. Each match was reduced to three ends due to the extremely hot weather.

The afternoon’s play was punctuated by a splendid team supplied by the club sponsor  and kindly organised by the Goldsworthy family.

The competition for visitor’s winning trophies was closely contested with Crediton and Belmont both registering five wins and the winner decided on shot difference.  For the home club  the appropriately named team one (Lea Fitzmaurice, Alan Nethercott & Steve Hodge) were the successful side.

The club celebrated the Platinum Jubilee with a red white and blue themed roll-up on Saturday 4th June followed by a lovely tea prepared by Janet Goldsworthy & Charlotte Henley . The afternoon was a great success with the bowls and food thoroughly enjoyed by all. For the record the roll-up was won by the rink of Roy Gibson, Charlotte Henley, Fernley Martin & Colin Goldsworthy.

Photos shown below can also be found on the gallery section of the website.