The "Children's Recreation Ground", known locally as "the Rec", is a field of "2 acres and 2 roods" (i.e. 2½ acres or 1 hectare) that was purchased in 1927 for £500 from the Praed family of Mickleham Downs, by Mrs Flora Valentina MacAndrew of Juniper Hall, in order to establish it as a charitable trust with the sole objective of providing "a children's recreation ground for the children of Mickleham".

The original trustees included the Rector of St. Michael's Church, the schoolmaster of St. Michael's School, and Miss Bertha Valentina MacAndrew.  In 1927, Miss MacAndrew added an endowment of £142 in 3.5% War Stock, the purpose of which was to pay for the maintenance of the Rec, which initially it did.  Sadly the value of the endowment continued to decline until, by the millennium, the income from it was literally pennies per year.

Since 1991 Mickleham Parish Council has, with the agreement of the Charity Commission, acted as corporate trustee of the Children's Recreation Ground (reg. charity no. 305079) and has borne the cost of mowing, hedging and other maintenance of the Rec (which is one of the Parish Council's largest annual expenses).  The objectives of the Rec charity remain the same as in 1927.  The duties of the PC as Corporate Trustee of the Rec charity are different from the other duties of the Parish Council, and separate Rec meetings are held and separate minutes are published.

In 2001 a separate charity (the “Mickleham Children’s Playground”, reg. no. 1087014) was established by a group of local parents who raised the funds to pay for the purchase and installation of the fenced playground on the Rec (with the permission of the Rec charity).   The Playground charity is responsible for the required inspection, maintenance and insurance of the playground. 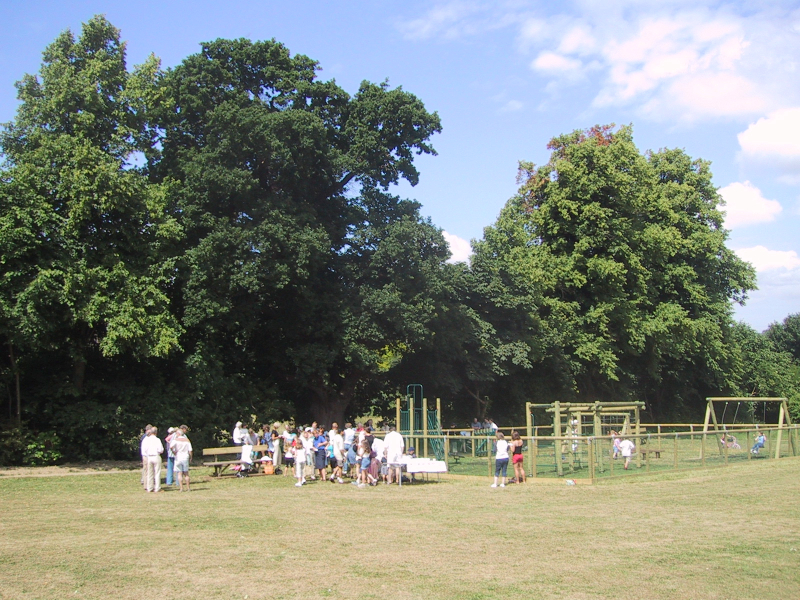 The first Playground on the Rec on the day of its opening, July 1st, 2001.

By 2014, the playground was looking tired and the repair costs were growing.  A group of local parents therefore set out to raise enough funds to renew all the playground equipment.  Thanks to their efforts, and grants from Ride Prudential (through the London Marathon Charitable Trust), from Mole Valley District Council, and from Surrey County Council, plus support from the Parish Council, from local fundraising events in the village, and donations from local businesses and members of the community, enough was raised to completely replace the original playground with a much bigger and better version, and the new playground opened on the Rec on October 7th, 2016.  Many thanks to Sarah Parfitt and Heather Bourne who spearheaded this very successful project. 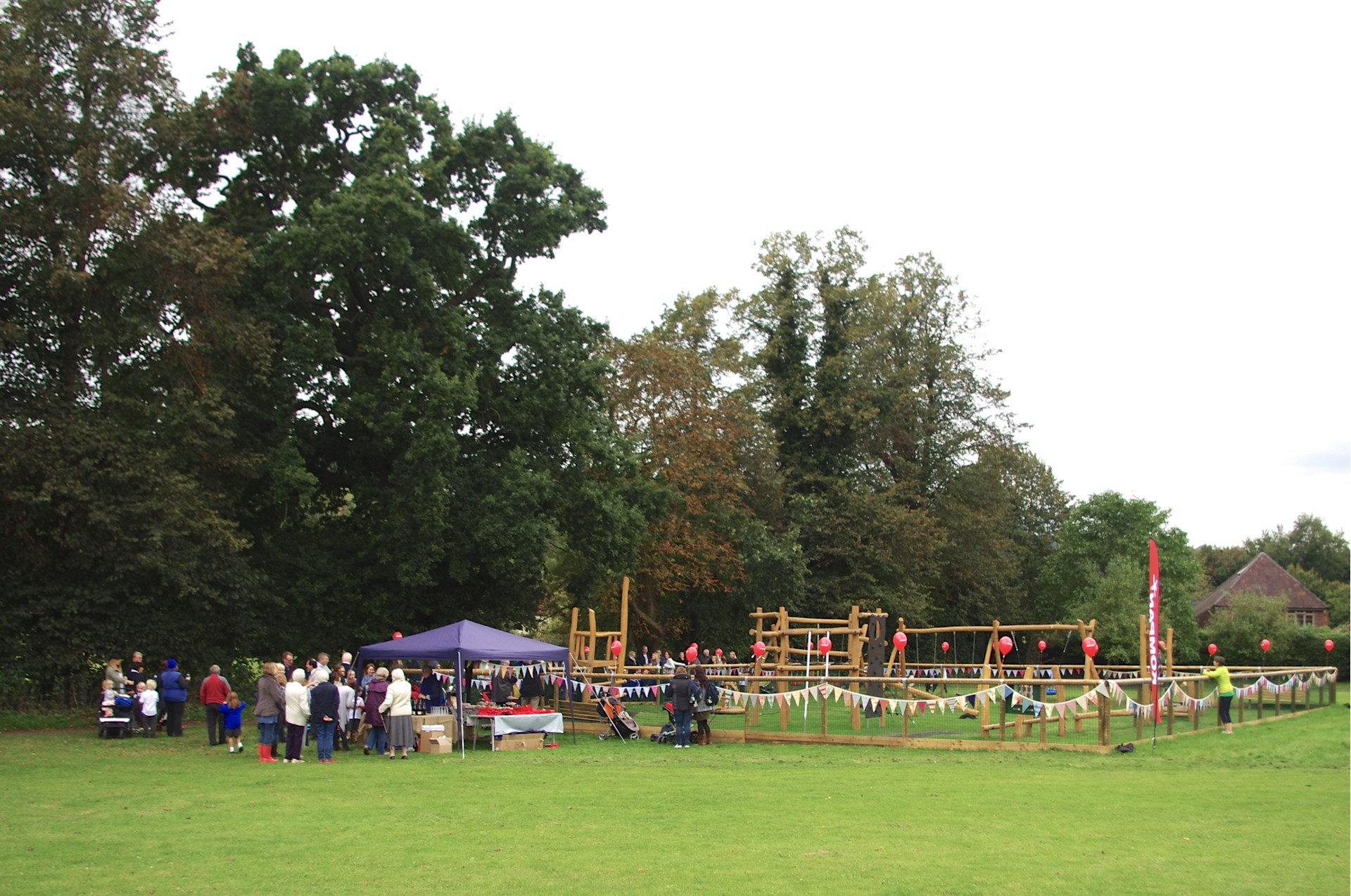 The new Playground on the Rec on the day of its opening, October 7th, 2016 (just before the children arrived).

sarah@sarahparfitt.com  re: The Playground (“Mickleham Children’s Playground”, reg. charity no. 1087014)

davidottridge@gmail.com  re: The Rec ("Children's Recreation Ground", reg. charity no. 305079)