Get Safe Online commissioned research into the effect of oversharing

The findings reveal that:

To learn more about oversharing, click below for hints and tips:

The chances of you or a member of your family becoming a victim of personal crime are very low. But everyone should take some simple precautions.

There's a report of a very "pushy" man at the door of an OAP in Dorking offering to clean gutters. He's described as: white, aged 30-40, small build, approx. 5'4" -5'6" tall. Never agree to have work done by someone who turns up on your doorstep. Say no!

Keep an eye out for vulnerable neighbours including the elderly and report any suspicions of bogus callers to police. Follow these steps to ensure your safety:

Hate crimes are any crimes that are targeted at a person because of a hostility or prejudice towards that person's:

Safe Drive Stay Alive, Surrey, is a series of live educational performances featuring a sequence of films and live speakers, which            aim to make young people aware of their responsibilities as drivers, and passengers, whilst travelling, and to positively influence
their attitudes.

These emotional, engaging and thought provoking performances feature people recounting their stories and the many serious, long term impacts to themselves and all those around them. Each new film features a true story, told by the people directly affected by a road traffic collision. After each film an individual from the emergency services, takes to the stage – a police officer, a paramedic, a firefighter and an A&E doctor or nurse – to speak about their experiences of attending road traffic collisions or treating patients, and how these have affected them professionally and personally.

The raised awareness continues, with volunteer members of the public – mothers, fathers, siblings, young drivers – taking to the stage to give their personal stories about how their lives have been affected by a fatal road traffic collision. Real stories of life, tragic loss and regret leave the air heavy with emotion and impress upon the audience that their future really is in their hands.

Performances take place each year at Dorking Halls in the two weeks after the October half term holidays. The next performances will place on 30, 31 October, 1 – 2 and 5 – 9 November 2018. Each day there will be two performances at 10:30am and 12:45pm, with up to 790 places available at each performance. The afternoon performance on Thursday 1 November will begin at the later time of 1:30pm.
In addition, there will be a 7:30pm performance, open to the public as well as schools and colleges, on Wednesday 7 November.
https://safedrivesurrey.org/performances/dates/

Breck’s Last Game is a short film about a 14-year-old boy from Surrey who was murdered by a man he met online and is being shown to schoolchildren across Surrey to help raise awareness of online grooming. A computer engineer ran an online server where Breck, and several of his friends, played games online and it was through this forum that he groomed Breck over a period of 13 months, luring him to his flat on the promise of handing over a fake business.

The project is the work of an innovative collaboration between four police forces – Surrey, Leicestershire, Northamptonshire and Essex – and has been made with the active support of Breck’s mother Lorin LaFave, who appears in the film as herself.

Lorin LaFave said: “Breck’s story shows how easily grooming can happen. He met the predator through an online friendship group and would have been flattered to have an intelligent, older mentor helping him expand his gaming skills.

“At the time, I believed the offender was older than he was because he was so controlling and manipulative, even with me, so it’s important for young people to realise not only can predators lie about their age, where they live or who they are online, they can also be a similar age to the victim. They are not always the stereotypical ‘creepy old guy’.

“It’s so important for us to raise awareness of the fact that boys can be groomed too. Breck’s came after international media surrounding the Rochdale and Rotherham cases, where the victims were all girls. His version wasn’t the ‘typical’ type of grooming people had heard about in the news.  His story shows even regular school boys can make mistakes if they aren’t educated to recognise the signs of grooming and exploitation.

“I hope through the Breck’s Last Game campaign, young people will take on the real life lessons from Breck’s story so they are able to look after each other, keep safe, and reach their full potentials. Our intention is to educate young people so they are empowered to make safer choices for themselves online”.

Lewis Daynes, who was 18 at the time of the offence, was convicted of Breck’s murder and sentenced in 2015 to a minimum of 25 years in prison. 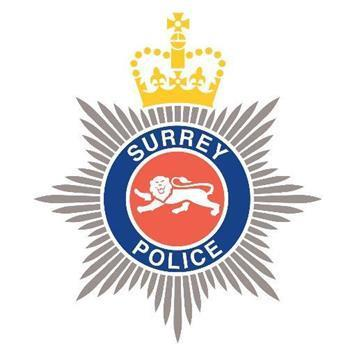