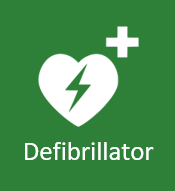 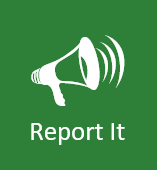 The name "Rusthall" was originally from the Anglo-Saxon Rusteuuellæ (sometimes transliterated as Rustwellae). The earliest recording of the name Rusteuuellæ and Speldhirst (Speldhurst) was in a grant of lands from the king of Kent, Ecgberht II to Diora, Bishop of Rochester in 765AD.

The name is believed to refer to a well or spring with water which contains high levels of natural iron (think "rusty well"). The area was used by local saxons for swine pastures.

By 1264 the name had evolved to Rusthalle (indicating the presence of a manor hall) and the lands were now part of the Manor of Wrotham belonging to the Archbishop of Canterbury, remaining so until 1538.

There is some confusion as a map of 1596 appears to show the area as Hungars Hall. Maps show the area to be ‘em-parked’ or enclosed with a pale or fence indicating an extensive private estate on a scale similar to nearby Gromebridge (modern Groombridge). In any case, Hungars Hall is clearly the linked to the modern Hungershall Park just to the south of modern Rusthall. 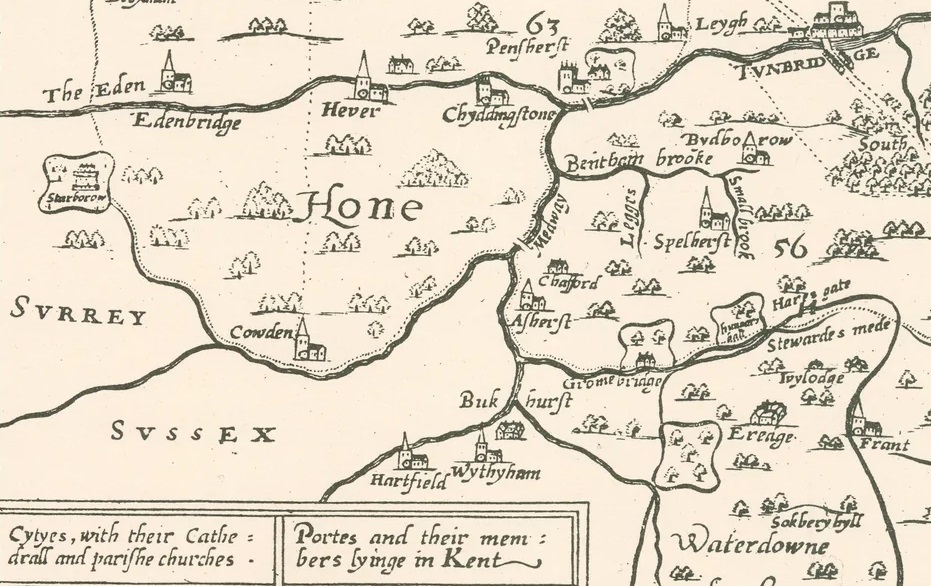 Above: Extract of Philip Symonson Map of Kent 1596. Note Hungars Hall east of Gromebridge (Groombridge), south of Spelherst (Speldhurst) and north of Ereage (Eridge). Tunbridge Wells did not exist at this time.

Chalybeate springs were 'discovered' in 1606 by Lord North and the first wells were sunk by Lord Abergavenny shortly thereafter. (Lord North is often credited with discovering the chalybeate springs but this might be a bit strong considering the area had essentially been named "rusty well" for over 800 years!) During the 17th century, lodging houses appeared in Rusthall to accommodate visitors. The area quickly became famous amongst the aristocracy and well-to-do for 'taking the waters' believed to have medicinal properties. During the reign of King Charles I, Rusthall tended to attract visitors from the Puritan faction whilst the Cavalier faction tended to stay in nearby Southborough. By 1682 the colonnade now known as the Pantiles had been built by the Lord of the Manor of Rust Hall.

During the 18th century, Rusthall became less popular as Tunbridge Wells around the Pantiles developed. A few Rusthall houses, built on moveable sledges, were then wheeled to the fashionable Mount Sion area of Tunbridge Wells.

By 1797 the area was firmly known as Rust Hall with maps showing both a significant manor house in the area which appears to be on the present Tunbridge Wells Golf Course (roads such as "Manor Park" further suggesting the location of the former manor house) and separate settlements on and around Rust Hall Common. 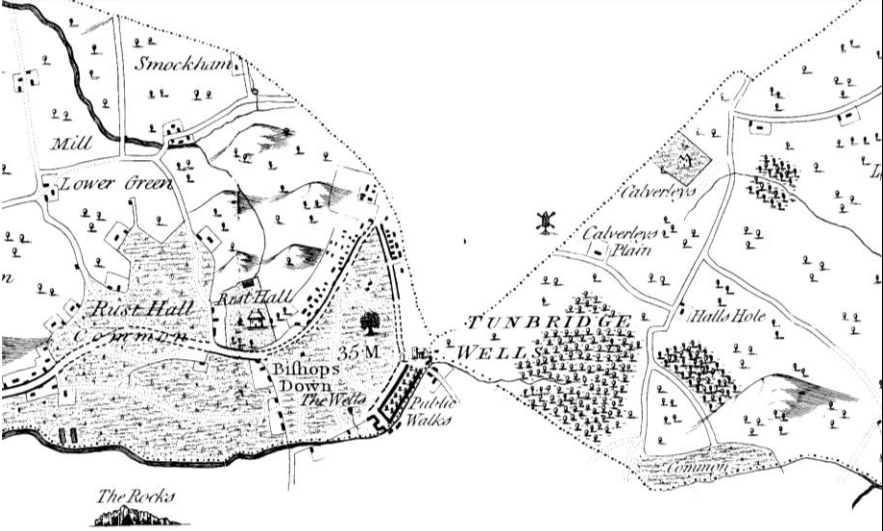 Above: Edward Hasted’s Map of the Hundred of Wachlingstone 1797. Note the area known as The Walks (now The Pantiles in Tunbridge Wells) is clearly the dominant feature of the area, visible to the south east of Rusthall.

Rusthall formed part of Speldhurst civil parish when formed in 1894. Five years later, the Borough of Tunbridge Wells ('Royal' Tunbridge Wells after 1909) was established and took control over Rusthall.

Above: Coat of arms of the Borough of Royal Tunbridge Wells (now defunct) in use between 1889 and 1974.

The Borough of Royal Tunbridge Wells, including Rusthall, was merged into the new Borough of Tunbridge Wells (with Southborough, Cranbrook and parts of Tonbridge) as part of local government reorganisation in 1974. The name 'Royal' Tunbridge Wells still applies specifically to the area of the former Borough as it was in 1909 (i.e. the town) so includes Rusthall.

Tunbridge Wells Borough Council agreed that Rusthall should become a civil parish in its own right on the 23rd of February 2011. The first Rusthall Parish Council election took place on 5 May 2011.