When it gets to late March and April we always seem to have leeks that are past their best, but too good to just compost. So here is a way to rejuvenate some.

Herbs of your choice chopped finely (eg mixed dried, or coriander, or turmeric, or parsley, or rosemary)

Make sauce, heat butter, add milk, combine in flour, then add half the cheese to make a smooth sauce and season with pepper and salt.

Now layer up - Layer half the potatoes into a Pyrex dish, spread a pinch of salt over them.

Layer half the sliced leeks

Cover the leeks with half the sauce and spread evenly over the top,

Cover evenly with your breadcrumbs

Cook at 180C for approx. 35-40 mins, check potato is cooked through and the top is browned and crisp. 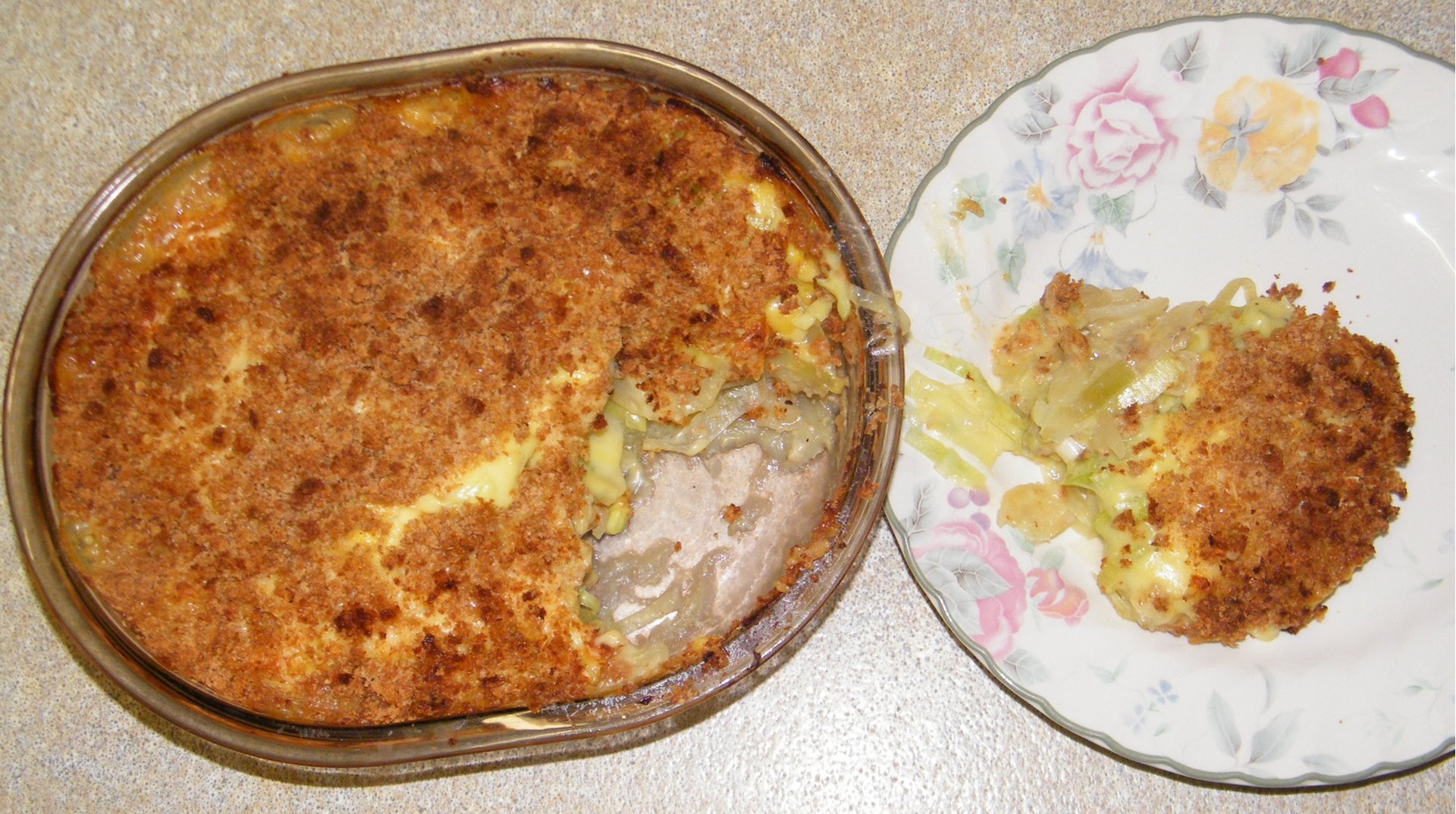