Billericay Bowling Club was founded in 1929 and it's original green was actually someones garden at the rear of a house in Western Road.

In 1933 it moved to the back garden of the late Mr C J Taylor, the corn merchant who lived in the High Street adjacent to Rose lane, now LLoyds Bank.

In 1935 the club moved to its present site in Lake Meadows.
At that time it was a four rink green and was not extended to a six rinker until the late 1960's.

The club disbanded during WWII and reformed in 1948.

The current clubhouse dates from the middle 70's, with changing and refreshment making facilities and has been known to accommodate 60+ for a sit-down meal. 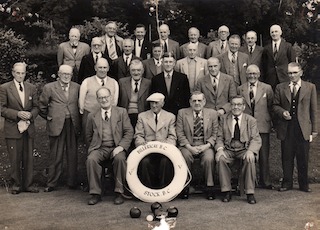 From our past times