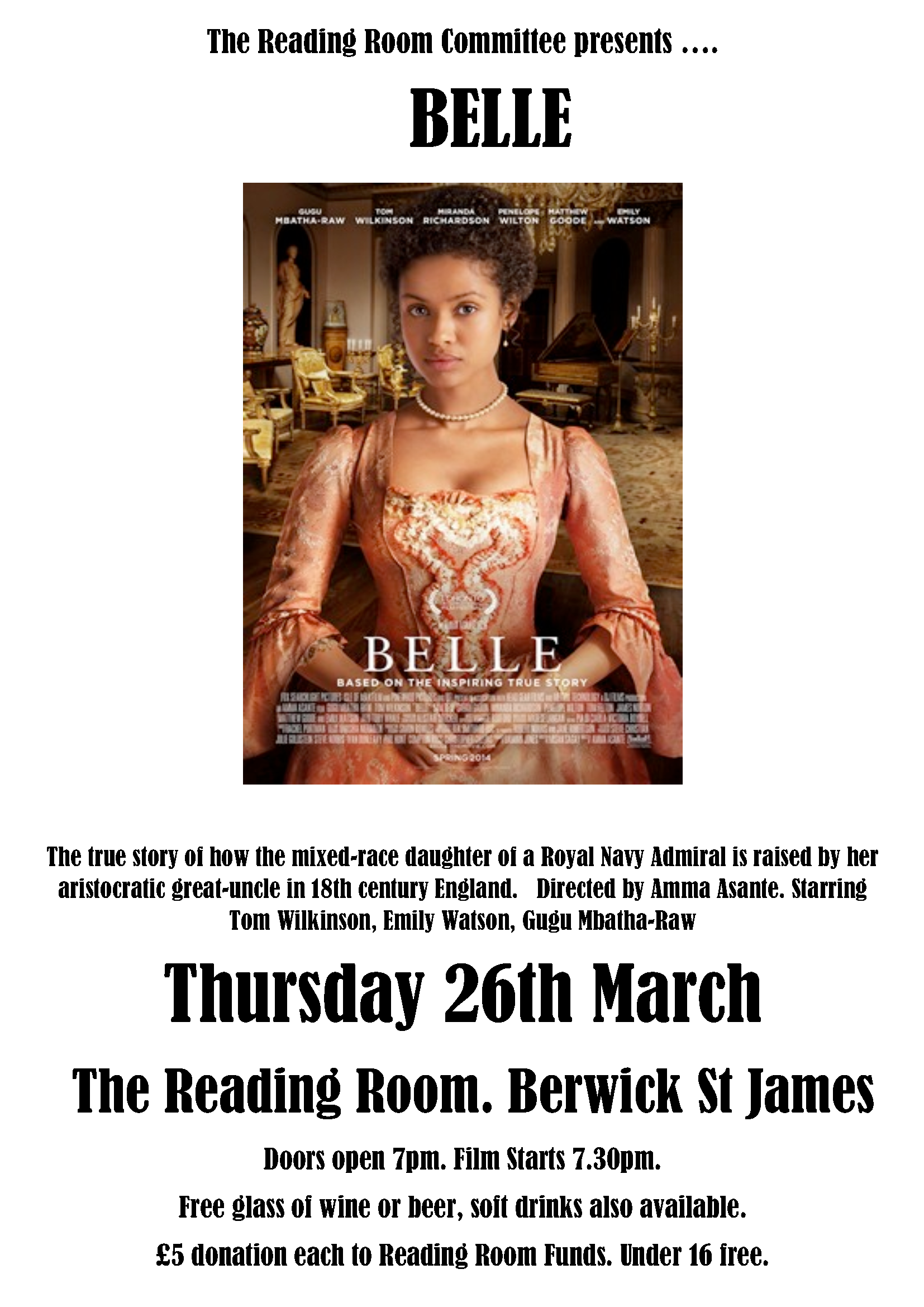 Run time: 1hr 42 mins.  PG 12A. Starring Gugu Mbatha-Raw, Matthew Goode, Penelope Wilton, Emily Watson and Tom Wilkinson.
Belle is the fascinating true story of a mixed race daughter of a Royal Navy Admiral, who is raised by her aristocratic great-uncle in 18th century England. She is brought to England by her father to be raised by his family under the protection of her great-uncle William Murray, Earl of Mansfield, who was Lord Chief Justice in the 1700s. At first Mansfield doesn't want to take the child because of the colour of her skin, and his perception of how society would view his raising his niece, but her father and her great aunt convince him to accept her. Given the setting - London mainly in 1772 - Dido has a degree of status and some wealth but has to contend with the triple trappings of race, gender and class, as she battles both to find a husband who loves her, and to encourage the Lord Chief Justice to make the honourable decision in the real life court case about the 'Zong' slave ship.