Gems from the National Collections - Part 2

Claude Monet & the Birth of Impresionism 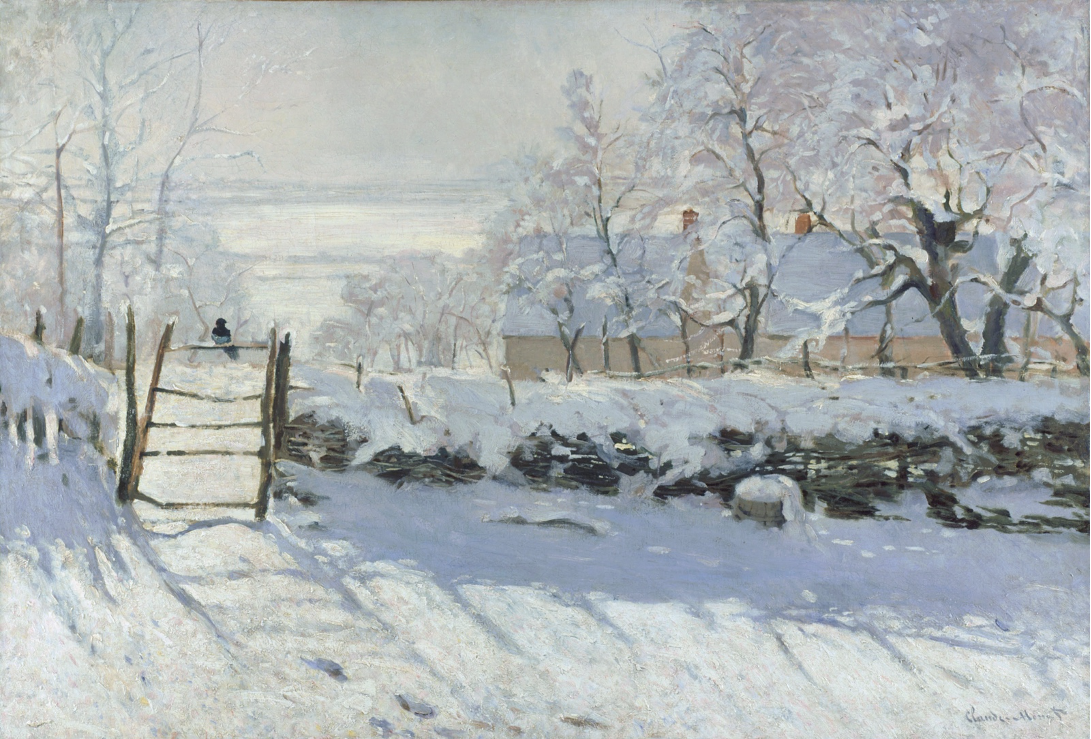 It was with paintings such as The Magpie and La Grenouillere completed in 1869, that Impressionism truly came of age. But if it was not just a happy accident, how did this transformation in Western European painting really come about? In the Paris of the mid 19th century, the principal power brokers were the Academic establishments, the Ecole des Beaux Arts, the Ateliers and the Annual Saloon. Selection by the Salon Jury of works by a young aspiring painter, or sculptor, was the first step on the long road to official acceptance and future patronage. However, with the power wielded by Establishment painters such as Gerome, Cabanel, and Messonier, achieving such approbation was an uphill struggle. Whilst Delacroix’s Romanticism and Courbet’s Realism were the revolutionary forces, the landscape painters of the Barbizon School, Daubigny, Troyon and Rousseau were also exploring the boundaries of their genre and in Normandy, Eugene Boudin and Johann Barthold Jongkind were the early masters of the sea, sky and light. It was here in Le Havre, that Claude Oscar Monet met Boudin and Jongkind, so commencing on his tortuous and momentous journey to fame.

Please join me tonight as we discuss how the seeds of Impressionism were sown and how Monet became became the leader of a phenomenon, that would transform the art of picture making.