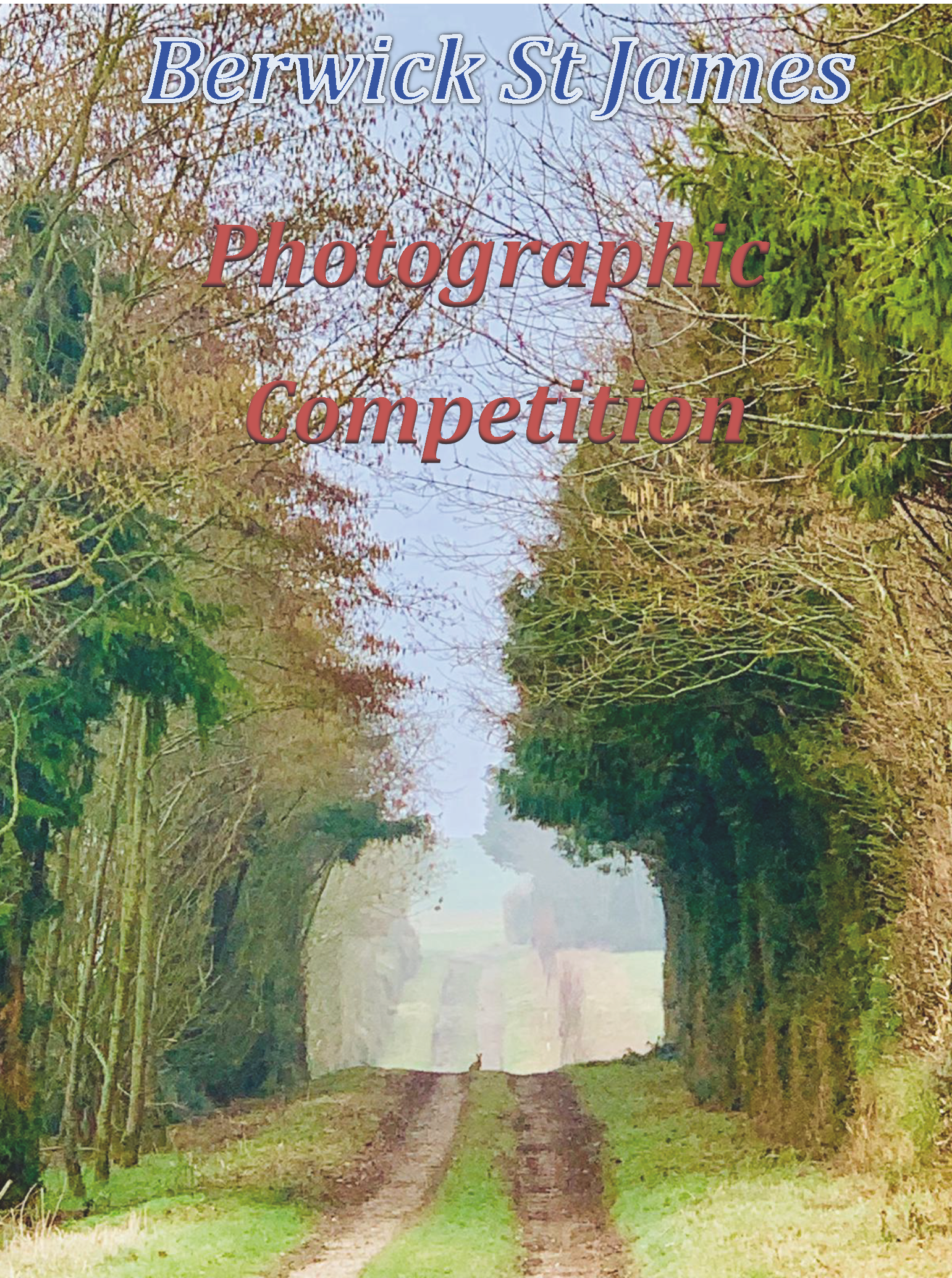 This is the second of a four-seasons photo competition depicting the various seasons as we see them.  The second 3-month period (Summer) started on 1 June '19 until the end of August, autumn is the start of September to end of November and so forth.   The subject of the photograph can be of anything (village or country scenes, people, animals, etc), and can be taken with any camera (including phone cameras), so they don’t have to be technically perfect, but they must capture the essence of the season.  The photos themselves must be taken within the allocated period and be within the parish boundary (or thereabouts).  Individuals should contribute no more than three photos per season, all given a title and emailed to me (in full resolution).  After we have completed the competitions for the first four seasons, the best three photos from each season will be selected to be made into a Berwick St James calender for 2021.

All submitted photos will be put on the website for everyone to see, and you can click through the photos above to see a selection of shots that has been submitted.  Because of limited space, only the most recent ten photos are on this page.  If you would like to view all of the submitted photos in a better resolution click this link which will take you to the  Summer photo gallery page on this website.

Barbara Last will judge the competition and will select the one she considers the best that captures the essence of the season.  The winner will be announced at the end of the first week of the following season.  Lots of kudos and a bottle of wine to the winner!

In bullet-point format, this is what you need to know:

1.    The Summer Competition, open to everyone living in the Parish of Berwick St James, starts from 1 June '19 and finishes at the end of August '19

2.    Photos can be taken with any sort of camera, including phone cameras

3.    Photo can be of any subject and not necessarily technically perfect, but must capture the essence of the season

4.    Limited enhancement is permitted (to display the subject at its best)

5.    Photo must be taken within the set period, and be of a scene or subject within the parish

6.    Maximum of three photos per individual and all given a title

7.    Emailed to me by the end of the period at best resolution (neil.macdougall@me.com)

8.    All photos will be displayed on the website as they come in for everyone to view.  Click here to view submitted photos

9.    Winner announced at the end of the first week of the following season (Friday 6th September for Summer competition)