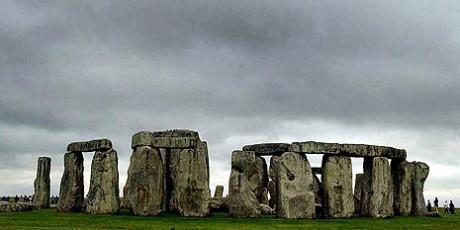 Timetable and Viability of Stonehenge Tunnel at Risk

After several failed attempts, the government believes that it now has a Stonehenge tunnel scheme that is affordable, deliverable and has the support of heritage and environmental bodies.

However, decisions on how to fund the project are on the critical path for the planned opening date of 2026 and are now at the mercy of the much-awaited Spending Review. Delaying those decisions further will jeopardise the opening date.

The Stonehenge tunnel project, expected to cost around £1.7 billion (excluding VAT), is a key part of the government’s plans for the A303 road corridor. The Department and Highways England expect it to deliver significant heritage benefits as well as easing road congestion. Yet the Department and Highways England do not yet have a clear idea of what improvements they are expecting to see at the World Heritage Site and the surrounding area.

The Department and Highways England aspire to upgrading the whole A303 road corridor to dual carriageway standard to improve connectivity and support economic growth in the South West. However, it is not yet certain that all eight road improvement projects needed to do this will go ahead.

So far, the Department has only committed to starting three out of the eight projects required along the route. With improvements to only some parts of the road corridor, traffic congestion is likely to be eased at some points but pushed to other sections of the road. Similarly, the contribution of any one project to enabling growth in jobs and housing is undermined if neighbouring projects to provide a free-flowing and reliable road connection are not given the go-ahead.

It will be extremely challenging to deliver the South West road improvements to cost and time, and the Department does not have a good track record in delivering major projects. The region needs a properly integrated transport strategy, going beyond road to incorporate rail, sea and air, but the bodies tasked with delivering this strategy are still very immature.

“Government plans to open the Stonehenge tunnel by 2026 remain in doubt until a clear decision is made on how to fund the £1.7 billion (excluding VAT) scheme. To meet the proposed timetable a funding decision is needed by the end of this year.

“Stonehenge is one of the world’s greatest heritage sites. There is a pressing need for the Department for Transport and Highways England to set out exactly what benefits visitors and local people near the site can expect to see as a result of the scheme.

“The tunnel is just one part of major plans to the upgrade the A303 corridor to support economic growth in the South West. However, the government’s piecemeal approach makes it hard to show the programme is value for money.

"Unless there is a co-ordinated approach to all eight of the proposed projects there is a risk that traffic jams will be merely shunted along the road.

“It will be extremely challenging to deliver the South West road improvements to cost and time. My Committee knows from bitter experience that Transport do not have a good record in delivering major projects punctually. We expect government to update the Public Accounts Committee on the expected cost and opening dates.

“As a South West MP, I am pleased to see among the report’s other findings consideration for other projects in the region including the A417, known as the “missing link” or Air Balloon scheme joining the M5 to the M4. This offers the potential to considerably reduce journey times, improve connectivity and promote job growth in the South West.”

If uncertainty about funding is not resolved before 2020, the timetable and viability of Stonehenge tunnel project will be put at risk. The Stonehenge tunnel project was to be financed under the PF2 private finance initiative but in October 2018, the Chancellor cancelled future private finance deals, including for this project.  The Department says that it and HM Treasury remain committed to the project and the Treasury has released funding of £21.5 million during 2019-20 to allow the project to keep going. However, the Department does not expect to fund the project from its £25.3 billion draft funding envelope for the second Road Investment Strategy (2020 to 2025). It intends to make a case to HM Treasury for additional funding for the project as part of the next Spending Review, the timing of which is still uncertain. The Department says that only having a one-year settlement would raise questions about whether the scheme could continue to the same timeframe. Highways England says that it must have funding certainty by the end of the year if it is to begin the commercial process to find a construction contractor in the first quarter of next year and keep to its 2026 target opening date. It says that without funding clarity, potential suppliers will not be willing to incur the high bidding costs involved. The Department’s view is that “if we want this scheme to continue, and to continue in a sensible and efficient way to the current project timeframe, we cannot wait another year, or however long it takes to carry out a spending review.”

Recommendation: The Department and Highways England must plan for what alternative funding arrangements or delivery plans it could put in place, in the event that HM Treasury does not confirm longer term funding by the end of the year.

It will be extremely challenging to deliver the South West road improvements to cost and time. The Department does not have a good track record in delivering major projects. Decisions on how to finance the Stonehenge tunnel project have already delayed it by two years and the timetable looks very challenging. We understand that between now and 2021, when construction is scheduled to start, as well as getting clarity over funding, Highways England must also obtain the necessary planning consents, negotiate with contractors to find a preferred supplier and complete the detailed design for the project. Highways England and the Department are nonetheless confident that they can deliver the Stonehenge Tunnel project by 2026 and the A358 Taunton to Southfields project, for which the preferred route announcement is at least six months late, by March 2025. They are similarly confident that they can deliver the projects within budget. Given the Department’s performance on other major projects in recent years, for example Crossrail, where costs have overrun to the tune of nearly £3 billion and the timetable extended by at least one year, we are more cautious.

Recommendation: The Department and Highways England should write to us in six months with an update on the Stonehenge tunnel and A358 projects, including updated cost estimates, risk assessments, and an up to date schedule and confirmation of the latest planned open to traffic dates.

The Department and Highways England do not yet have a clear picture of what improvements they are expecting for the World Heritage Site and the surrounding area. The Stonehenge tunnel project has both heritage and transport benefits. Despite heritage benefits making up 73% of total business case benefits, the Department for Transport is funding the project. By removing much of the road from view, the Department and Highways England plan to help conserve and enhance the World Heritage Site and make it easier to reach and explore. For such a large investment in one of the World’s greatest heritage sites, we expect there to be innovative schemes for encouraging more people to visit the site and the surrounding areas. Yet the Department could not point to any specific plans for what tangible benefits visitors and local people who live near the site are likely to see.

Recommendation: Within 3 months the Department and Highways England should set out how they will be working with Historic England, English Heritage, the National Trust and wider stakeholders to develop plans for making the most of improvements to the World Heritage Site and local area, and set out when the public will be able to view these plans.

The Department and Highways England’s piecemeal approach to upgrading the A303/A358 makes it more difficult to demonstrate value for money across the whole road corridor. In 2014, in its first five-year Road Investment Strategy, the Department made a long-term commitment to upgrade the A303/A358 corridor to a dual carriageway over the following fourteen years. The Department now describes its plans for the entire A303/A358 corridor as an aspiration rather than a commitment.  It committed £2 billion to starting three projects at Stonehenge, Sparkford and Taunton, out of a total of eight needed, by March 2021. The Department and Highways England expect the impact from completing the whole corridor to be greater than the sum of its parts but they have not produced a programme level business case to demonstrate this. Instead, each project’s business case must stand on its own merits and will be considered alongside other priorities across the country. However, considering business cases for the five uncommitted projects individually, rather than as part of a programme, may mean that some projects are not approved. If they are not all approved, the Department will struggle to deliver its strategic ambitions to deliver a free-flowing route to the South West and unlock growth in jobs and housing. Furthermore, congestion relieved on one section of upgraded road may simply be pushed along to the next section of single carriageway. the road. The Department agrees that it would be sensible to follow a more programmatic approach when considering value for money, for example, in setting clear objectives for the corridor, sequencing the individual projects and in capturing and managing corridor-level benefits.

Recommendation: The Department and Highways England should set out how assessment of business cases for individual projects will take account of benefits which depend on the completion of other projects which may or may not be subsequently approved.

The sub-national transport bodies in the South West are not yet mature enough to develop or implement an integrated transport strategy for the region. The Department’s recent publication ‘Investing in the South West’ is more of a list of projects that are already planned or underway than a strategy. The Department says that it will be for the newly established sub-national transport bodies in the South West, Peninsula Transport and Western Gateway, to determine a transport strategy for the region, with the Department’s support. It expects these bodies to bring together the economic expertise of the LEPs with transport planning expertise to help deliver an economic vision for the region. The South West bodies are less than a year old, they have not yet approached the Department for funding and it could be some time before they are able to deliver a strategy and carry out real value-added functions on behalf of the whole region.

Recommendation: The Department should set out how it will support and monitor the development of sub-national transport bodies in their efforts to deliver an effective integrated transport strategy for the South West.