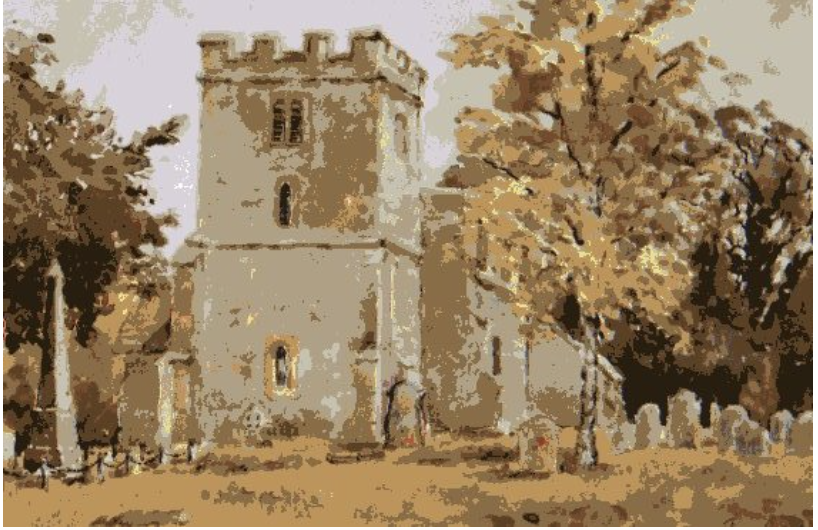 This part of the village website was only started in January 2012 as it was suggested that it would be a good idea to capture people's memories of different aspects of living in Berwick. I am very much looking forward to this section growing as we start to receive contributions from existing and past residents of this lovely village.

Click on the links on the left hand side to read the article. At the moment we only have Michael Merten's memories of the River Till which at the time of writing is pretty much dry! 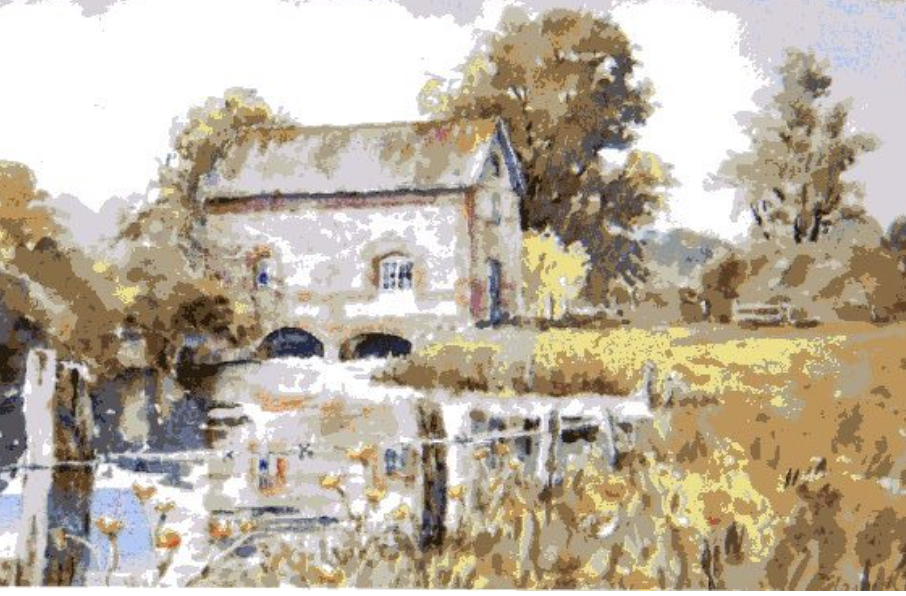 PERSONAL RECOLLECTIONS OF THE RIVER TILL.    By Michael Mertens.

I have lived within 3 metres of the River Till (the diverted section - now the main river - which flows through the mill) since 1960 – and have known and fished the river all my life, now nearly 67 years. Outside the front door at the Mill House is an official river gauge – the red numbers 66 indicate 66 metres above sea level. When the water level reaches these numbers we have a good flood. On 7th December 1999 the water came half way up the red sixes – the highest we have ever known – and I put sandbags outside the back door. In 1995 the level reached the red sixes, and in 2003 nearly. Since then the height of water has not come within a food of this level. Incidentally, should the Mill House ever flood it would be entirely the fault of the Highways Authority – the only way water can escape down the valley is under the two road bridges. When the water is very high and curling under our bridge anyone who fell in could easily drown. At the other extreme, I have heard that the river dried up in 1935 – but I don’t know. I do know that the river dried up in 1976, 1984, 1990 and now in 2011 (21st Nov). In 1976, the famous drought year, the river dried up on 22nd August. I have a feeling that the river ran dry on another occasion in the 1980’s and ditto in the 1990’s but I seem not to have recorded these events. At the time of writing (26th Nov) the real River Till under the second road bridge is still flowing, comparatively strongly!                                                                                                                                           When I was a boy the river was in wonderful heart. The Ranunculus was thick from Asserton Bridge downwards, and there were hundreds of wonderful trout. There was a thick hawthorn hedge (still a remnant remains ) along the bank at the bottom of Farmer Bucknell’s field next to the church, so the river there was a very private place. No manicured gardens came down to the river in those days, so the opposite bank from Mill Meadow was indeed wild. Yellow flags used to grow up from the river bed just below AssertonBridge, and I used to annoy Eddie Cuff by cutting them with a sickle while he was trying to catch fish from the bridge. There were no fences along the river banks then, so access to the water was easy for a fisherman, and for cattle and horses. There were no swans then, either, thanks heavens. The super-abundance of swans has become a menace on the chalk streams because they destroy the Ranunculus. The Ranunculus above the mill disappeared in the 1960’s. I blamed it on the practice of dumping pig slurry on the bank by the Asserton hatches, but I could be wrong! Anyway, it went, never to return, along with the millions of fresh water shrimps which always made Till trout so beautifully pink fleshed.”

During the 1960’s the River bed was lowered by three feet from the weir below the bridge downwards. The sets of beautiful hatches where all the village learnt to swim and we fished for minnows and sticklebacks in jamjars, which held back the water even though they were not operative, between Berwick and Stapleford, were removed. As a direct result Grayling moved up to the Berwick Mill Pool for the first time, and a grayling was caught here by me on 17th April 1966.

I was lucky to be able to enjoy so many happy hours beside the River Till. Lack of rainfall, water abstraction, the lowering of the river bed and the removal of hatches mean that the river’s glory days are gone forever. Fewer fish there may be, but there is more bird life. The cuckoo has gone, but there are now egrets, swans and cormorants – none welcomed by me, coots and dabchicks appeared after my childhood, and Tufted duck, which do now breed here, are late arrivals. We never saw buzzards in the old days – now both they and Red Kites are common. Several years ago a dipper spent the summer by the Mill Pool, and Green Sandpipers are about at the moment. I see and hear Kingfishers all the time.

I have never seen an otter, and hope I never shall. From the Middle Ages they have been classed as vermin, and were only tolerated on the great chalk stream of southern England on the condition that their numbers were restricted by the otter hounds. Failing that, they were dealt with by the keepers.

Our rivers were hunted by the Courtenay Tracy Otter hounds whose master for many years was Arthur Hussey, a relation by marriage of mine. I have some of his “regalia”, notably two masks, one “my 500th otter”, the other “my 600th otter”. Between the wars the Bourne, which has now virtually ceased to exist, was the best river for otters. Between 1909 and 1934 31 otters were found on 35 hunting days and 17 were killed. The Wylye was well keepered and not so good in 130 days of hunting 91 otters were found and 43 were caught. Hounds were not welcome on the Test or Itchen, and on the few occasions when hunting took place, few otters were found. The keepers had done their work.