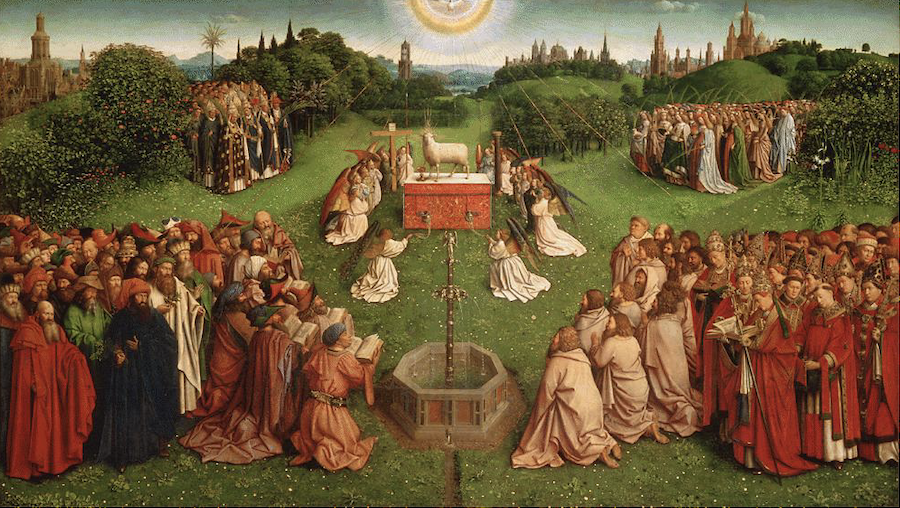 The Adoration of the Mystic Lamb

The painter Jan van Eyck c.1385-1441, was the first and most influential of a series of Flemish painters of the Northern Renaissance, generally referred to as the “Flemish Primitives”. The oil painting techniques Van Eyck developed, enabled a revolutionary portrayal of the visible world in realistic detail, hitherto unknown. These developments were then exported over the Alps and readily embraced by painters such as the Sicilian, Antonello da Messina and the Venetian, Giovanni Bellini.

Through a series of masterpieces, including of course, The Arnolfini Portrait, we will discuss the life and times of Jan van Eyck, with particular emphasis on the The Ghent Altarpiece, also known as, The Adoration of the Mystic Lamb, universally regarded as his foremost masterpiece and the most influential work of art of the Northern Renaissance, a painting of unparalleled complexity.