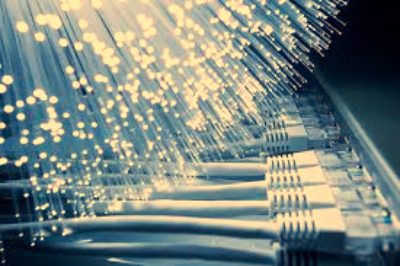 This is distributed from a green roadside cabinet on the verge of the A32 just north of River Lane.  The current maximum speed that is obtainable from this cabinet is 67Mb however, as final the leg of the journey from the cabinet to your house is via the old fashioned phone line, this rapidly slows down the further away from the cabinet you are.  The formal definition of "super fast broadband" in the UK is anything that exceeds 24Mb so bear this in mind when you are looking at deals from different suppliers.  Many will now give you a guaranteed minimum speed, although this will still carry many caveats and you should be aware of what these are if constant high speed is important to you.

Domestic internet connections work by sharing a common connection back to the service provider.  This means at times of high usage the internet simply slows down because it is being overloaded - this is called "contention" as everyone contends for the service.  It's the same as water pressure dropping if everyone turned their taps on at the same time or the voltage dropping on the electricity supply when everyone puts the kettle on at half time in the cup final!  Generally the internet slows during the early evening when people return home from work/school and start video streaming.

Within your house you can also experience vastly different speeds.  The fastest connection will always be one that is connected by a cable directly to the back of your router.  Devices connected over WiFi will also suffer from "contention".  In a busy household with multiple computers, TVs, phones, etc all permanently connected by WiFi it is easy for the speed to drop by more than half.  There are a number of ways to check on your internet speed, an online speed checker can be found here.

To improve the broadband speed within your home there are a number of options:-