What shall we do with the pie money?

This article is one in a series called "....from the minute book" 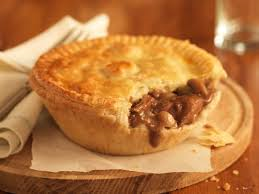 A special meeting was held on 2nd December 1948.   The convenor and chairman was Mr Charles Lock, the parish representative on Droxford Rural District Council (farm manager for the Warnford Estate).   Also at the meeting were the Mr R P M (Ron) Clarke (chauffeur to Mr Chester Senior), Mr Gilbert Harris (Lomer Farm) and Mr Guy Cholmeley of Riversdown who was elected chairman of future meetings.  The Rector agreed to act as Secretary.

The subject of discussion was the £20 which was to be returned to the Parish from the “Hampshire County Pie Scheme”.    A little Googling revealed a bit more about this.  The following is from an article by David Pink in the “Ratepayer Magazine” of Cowplain, from 2007:

“The basis of the scheme, thought out by the late Lord Woolton, and which became known as the Rural Pie Scheme, was to try and put into country areas ‘off the ration’ food, which townspeople could get through the British Restaurants and Cafes. Such was its success that the Ministry of Food officially sanctioned its use and details were sent to all local authorities. …….. At first the pies were made by WVS. members in their kitchens and by local bakers. They were taken to the fields by cycle, baskets, barrows and Meals on Wheels. Also, they were sold at depots set up in the villages.

As the scheme grew the demand outstripped the housewife or village bakers’ ability to supply. It became obvious something needed to be done and it was decided to ask larger firms to make the pies in bulk……..  ‘Cases Bakery’ of Wickham supplied the surrounding country areas, making 2,000 pies per week ….distributed through the WVS.  The pies were first priced at 4d each but later they were reduced to 3½d ….  It was soon realised how profitable the Pie Schemes were, with low cost distribution. It was the policy of the Ministry of Food not to undersell local retailers and guidance was sought for a ruling on the allocation of the large profit accrued.   Eventually it was decided that the money should be given to the Red Cross, County Nursing and various War charities.

The W.V.S. next decided to expand their activities to provide midday meals in school canteens.  Where catering facilities did not exist, an insulated container was provided. These meals were delivered by whatever means was available and were appreciated by many country children who had been used to eating sandwiches following long walks to school.  The Pie Scheme discontinued in 1953. The remaining funds upon its discontinuation were disbursed among the participating areas for the provision of Bus Shelters, Sports Facilities and Seats for public use.”

Why Warnford got its £20 in 1948 I don’t know, but what to spend it on exercised local minds for some time.  At the special meeting a firm decision was made to buy “some additional chairs and if possible some card tables for the Old School”, a joint committee with the Warnford W.I. being suggested to carry this into effect.  The next meeting, in March 1949, wasn’t quite so sure because “the School wasn’t used for whist drives during the summer” and someone suggested that a hotplate would be more useful.    By 1950 the hotplate had been purchased, but the W.I. accidentally paid for it out of its general fund, so the whole £20 was still available.    The chairs were then bought and everyone seems to have been happy!

The meeting also discussed the state of the roads and refuse collection – subjects the minute book was to come back to many times in the future!  The roads section refers to School Lane, which on referring to Peter Short I discovered was the section of Lippen Lane from the A32 as far as the bend after Hanover Cottages.    The name Lippen Lane was reserved for the section from there to the T junction in West Meon.