George Lewis has left a secure record of his name by his lurid gravestone which stands under a holly tree near the south porch. This shows his skeleton pointing to a bough cut from a tree.

There are two stories told about it. One that he made the elementary mistake of sitting on the bough and sawing it through between himself and the tree. And the other that he was sawing wood on a Sunday and was struck down by divine judgement for his Sabbath-breaking. The day he actually died was a Friday.

The inscription at the bottom of the stone reads;

“And where’s the man O reader, point out them, where lives the man that hath not to his share; Too many faults and then too much sin.

Inspect thyself and mark how tis within, then note not others faults; thine own amend.

This do, you will yourself and them befriend.” 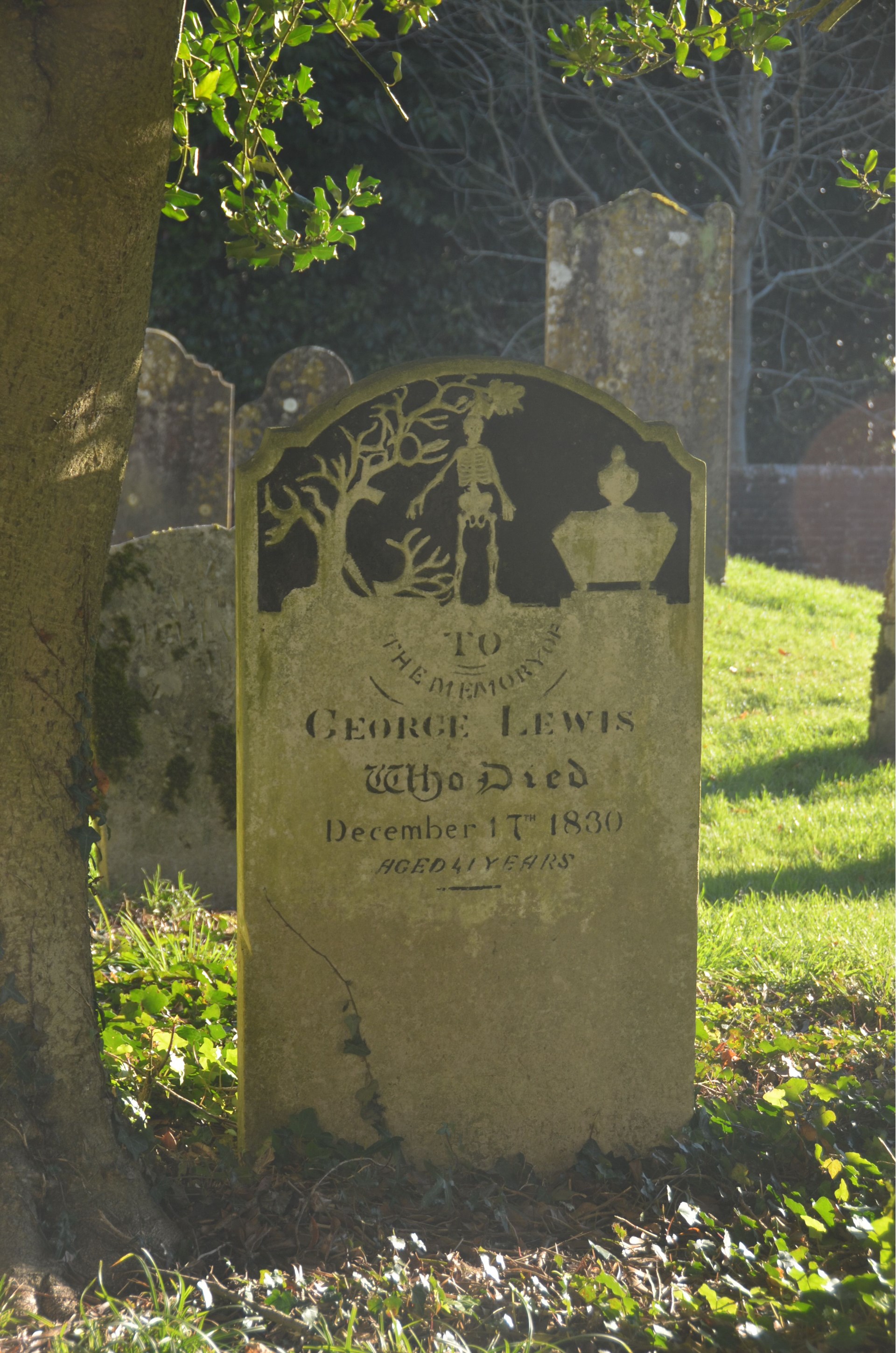