The chancel, equal in height and width with the nave, is spacious and light. The footings of a Saxon apse may lie below the level of the chancel floor and be cut across by the east wall of the Neale vault. The chancel walls are a continuation of the nave walls and are, at least in their lower courses, part of the de Port rebuilding in the 12th century. The large round-headed arch in the east wall probably originally contained a group of lancet - three or five; which were displaced in the 1377 in favour of a decorated window, whose tracery is now fully revealed by the removal of the plaster ceiling at its apex, and of the Victorian triptych on its cill. The windows have two small medallions displaying the Neale Arms. Some stone remnants of the lancets are seen on the ledge over the Neale monuments to the left of the east window. The wall here is about two feet thick. When the decorated window was inserted, the splays of the two outer lancets were retained and the remaining material built up into a thinner wall, the thicker splays being connected by an arch to support the thicker wall above. The lower part of the splays was filled in when the Neale memorials were put up about 1621 or soon after; and these obliterated the mediaeval chancel furnishings.

The chancel in its present form dates from the 17th century, when a period of reform coincided with a rector sympathetic to its aims, and a family at the “big house” able to finance them, and also anxious to provide monuments worthy of their wealth and position. The reform was to a great extent the work of Archbishop Laud, who wanted to produce order, uniformity and decent ceremony in the Anglican Church.

A new altar - wooden, with turned legs - was part of the 17th century alterations. This one was in use until 1828, when it was set aside in the chancel as a Credence table. Fashion then dictated a “Gothic” altar. The Gothic altar was removed in 1907 and the Jacobean altar came back, but in a most undignified condition: with a loose top of deal boards to lengthen it, and raised on blocks under its legs.

The present altar was consecrated on April 25th, 1943, the gift of the Tomlinson family. The old table stands against the north wall at the west end, at its own proper length and height, and is used for general purposes. The present altar rails are not much more than a hundred years old. They have unusual pierced balusters.

There are two cupboards in the north and south walls, which are said to retain traces of their original hinges. The south wall cupboard is formed from the interior of the priest’s door. 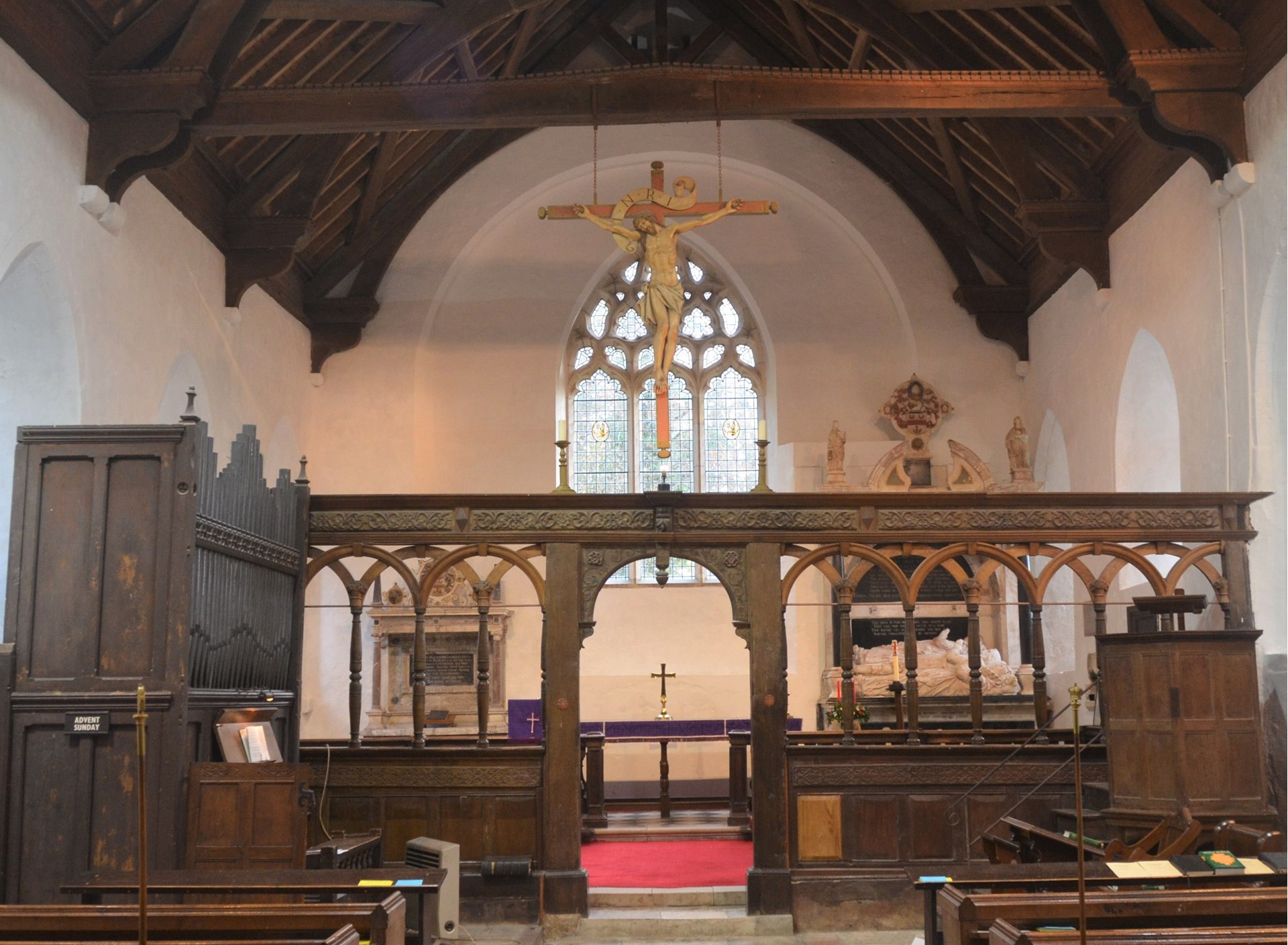