Since Mesolithic times, farmers used the chalk uplands to grow their crops, as can be seen from the Celtic field systems in the Meon Valley. It is thought that these field systems comprised two-thirds of the land that is cultivated today. These fields of light soils needed no woodland clearances to establish and were easy to cultivate with the limited tools available, mainly the ard.

It is in this era that Warnford Village was born. In the Later Saxon period farms began joining together to form larger clusters. This meant more opportunities for collaboration and protection. Villages often began to form often around a river or other water source. When they first formed, many villages were built around some significant landmark such as a mill, a church or manor house (and Warnford had all three). Families migrated from farmhouses as they transitioned to farming communal fields and communal living, as farming increasingly became work that needed many hands. As open fields came into style, this increased the efficiency of the practice, farmers could share horse and ox-teams for ploughing the fields, and allow certain fields to lie fallow while other fields were used, so they could become fertile before being used again.

In the time of the Domesday Book in 1086 Warnford was a moderate sized village. It probably had a population of about 250 but settlements were small in those days. Warnford village did, however, have two water mills where grain was ground to make flour for the villagers – with a third in Upwarnford. It was surrounded by 4 huge fields where the villagers worked. This can be seen below from 1615, extracted from the Langdon Map in Corpus Christi College, Oxford (below). The solid red lines represent known boundaries and dotted red, extrapolation, using the 1811 Warnford estate map and the 1839 Tithe map of Warnford. 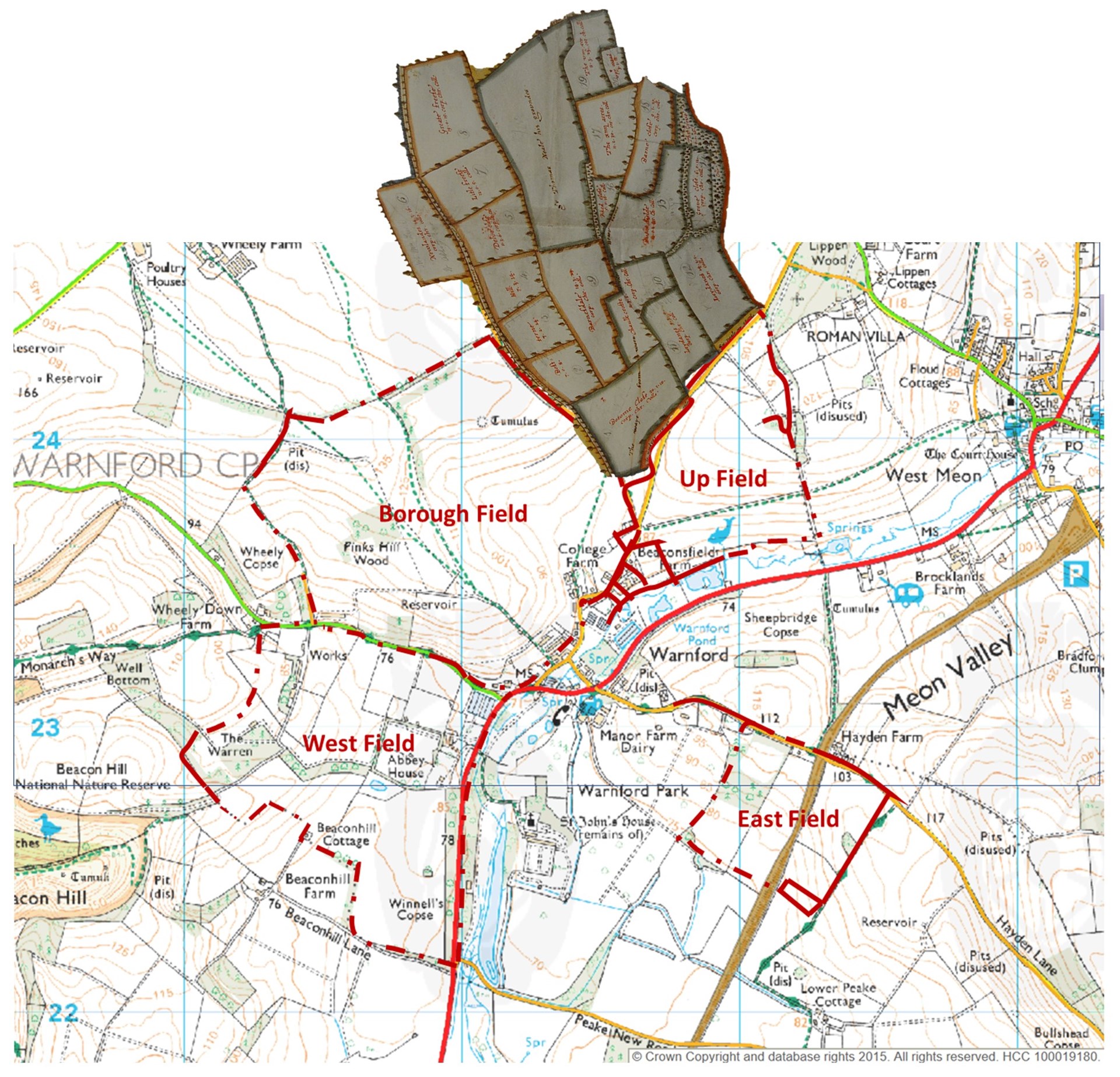 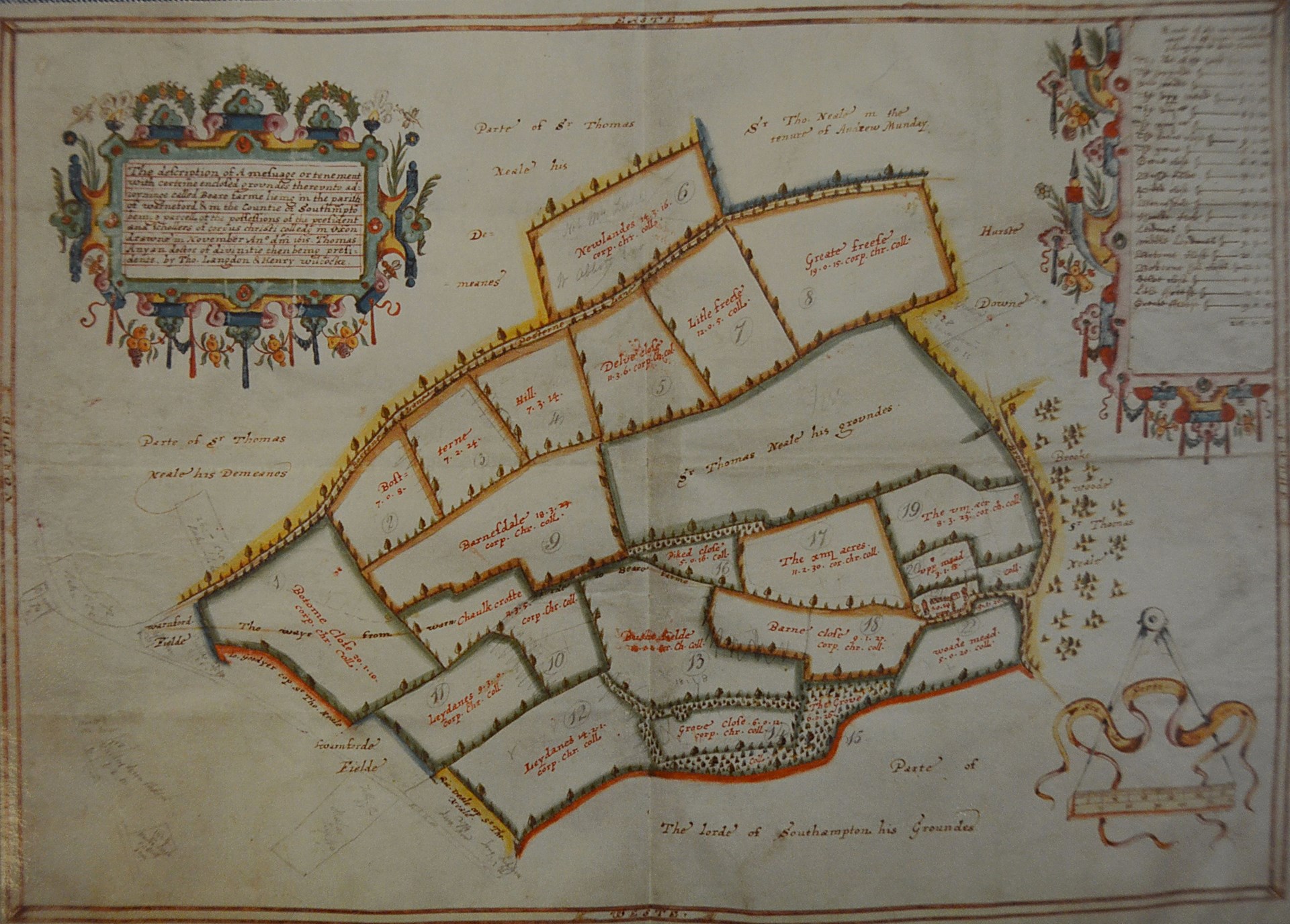 Langdon Map of Bere Farm from 1615 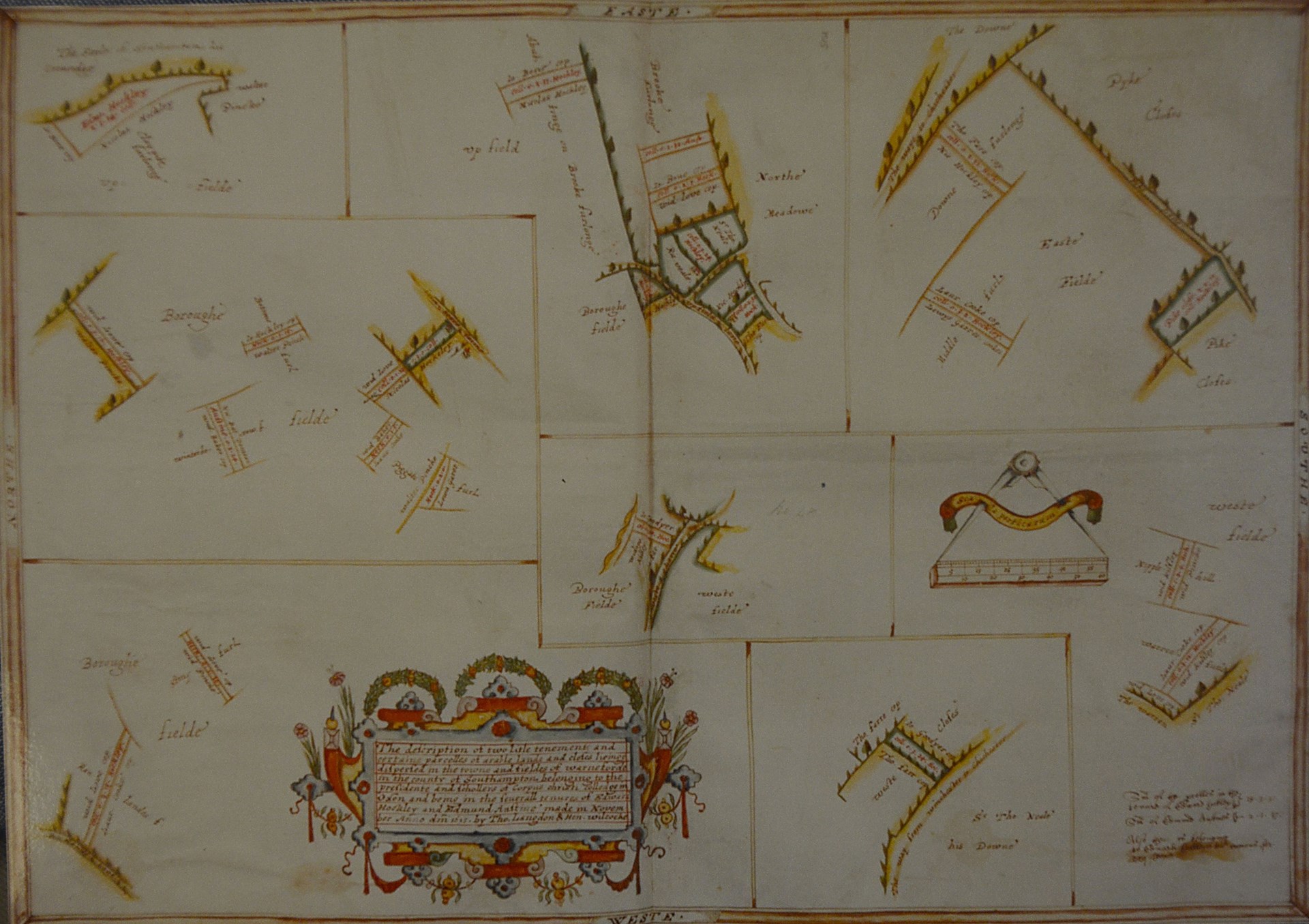 Langdon Map of Warnford from 1615

From the Saxon period to the early Norman, the typical local medieval farming system developed. In this region, this was the “sheep corn” system.

In the open fields, the basic three-field system involved a rotation of wheat planted in the autumn, followed 18 months later by a spring-sown crop of barley, oats, peas, beans or vetches and then a year of fallow (where the ground was left uncultivated in order to recoup nutrients). For the medieval peasant, the two most important crops were wheat, for bread, and barley for beer!

Sheep were extensively kept on the downs and used the sheep-fold system. This system involved the sheep grazing by day on the open downs, but being penned each night on arable stubble or ploughed fallow. This was especially important for wheat, prior to its autumn sowing. The value of this practice for contributing to soil fertility was recognized in medieval times

It is believed that Warnford was enclosed shortly after this by 1624 by adhoc agreement rather than an act of parliament.

It is interesting to note the extensive field system around Bere farm in 1615. With a Roman villa 300m from Bere farm’s south-eastern corner, the cultivation of some of its southern slopes is a virtual certainty and the establishment of some of its fields by then a possibility. Indeed, Bere’s Lynchets are substantial, up to 3m on part of the eastern boundary with Bosunhill. This strongly indicates long cultivation, with pre-Saxon activity highly likely.

Indeed, the existence or evidence of an enclosing bank and ditch round Bere also means that we can conclude that this was an enclosure for domestic animals, possibly deriving from the Saxon times. Also, Bere is derived from Old English bere ‘pasture or woodland for feeding swine’. The earliest documentary evidence also shows that from at least the 14th up to the 18th C stock farming was the primary occupation at Bere farm.