This article is one in a series called "....from the minute book" 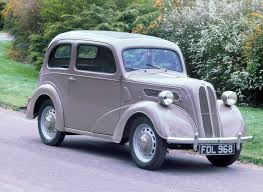 A footpath beside the A32 to West Meon;  The Tom Coles Charity

The meeting held on 8th March 1949 was the first Warnford “Annual Assembly” for ten years.  The apocalypse which the world had gone through in the intervening period was not mentioned at all – in fact as far as I can see the Minute Book never mentions the war at any point, which is extraordinary.  Perhaps people wanted to get back to normal life and forget about what had happened.   In his introductory address, summarised in precise English prose by the Rector, the chairman emphasised continuity from “the oldest known form of Government”, the need to use the powers that remained for Parishes to exercise and the fact that “our political system was still based on the rights and opinions (and votes) of the inhabitants of even the smallest places”.  A message still relevant today!

Until the 1970s there was no attempt to record the names or even the numbers of Warnford residents attending the meeting.  The only people mentioned are the chairman and secretary, the district councillors and anyone making a particular contribution.  As I go through the minutes I will make a list of those who appear regularly for ease of reference.

After a short discussion on the Hampshire Pie Scheme (see “From the Minute Book – 1”) the meeting got down to local business.  In 1949 the widening of the A32 had evidently been started but not completed.   From subsequent meetings it is clear that the Parish had asked for a footpath to be provided alongside the main road to West Meon as part of the road widening scheme.  This was discussed again several times in the 1950s and various reminders were issued by the parish.  The County must have thought that cars were more important than people, because (as we can see today) nothing was ever done about it.   The state of School Lane and the need for widening of Lippen Lane (which the County had already said they could not afford) were also given an airing.

The other subject discussed in depth in 1949 was the Tom Coles Charity.  Mr Cholmeley  gave a “lengthy statement”.   (I wonder if that is the Rector very politely suggesting he was a bit long winded!).  Mr Coles had died in 1928 and left £150 to the Rector and Churchwardens of Warnford to buy a cricket and recreation ground for the inhabitants of Warnford, in memory of his late father.  Nothing had been done to acquire land, but additional money had been contributed (apparently by by mistake by Warnford PCC!) and the funds available now stood at £349 9s 8d.  After what was obviously a long discussion centring on the need for a children’s playground and the advisability of applying to the Charity Commission for permission to spend it on something else, the meeting agreed to leave the money in the bank.  That’s obviously not the end of the story because in the 1970s the village got its playground courtesy of the Chester family, and the Tom Coles charity continues!

An interesting side issue is that the discussion refers to “the News Sheet of May 1947”, circulated to every house in the parish.   Does anyone know anything about parish news sheets?  If they were produced through the war they would form an interesting source of information.