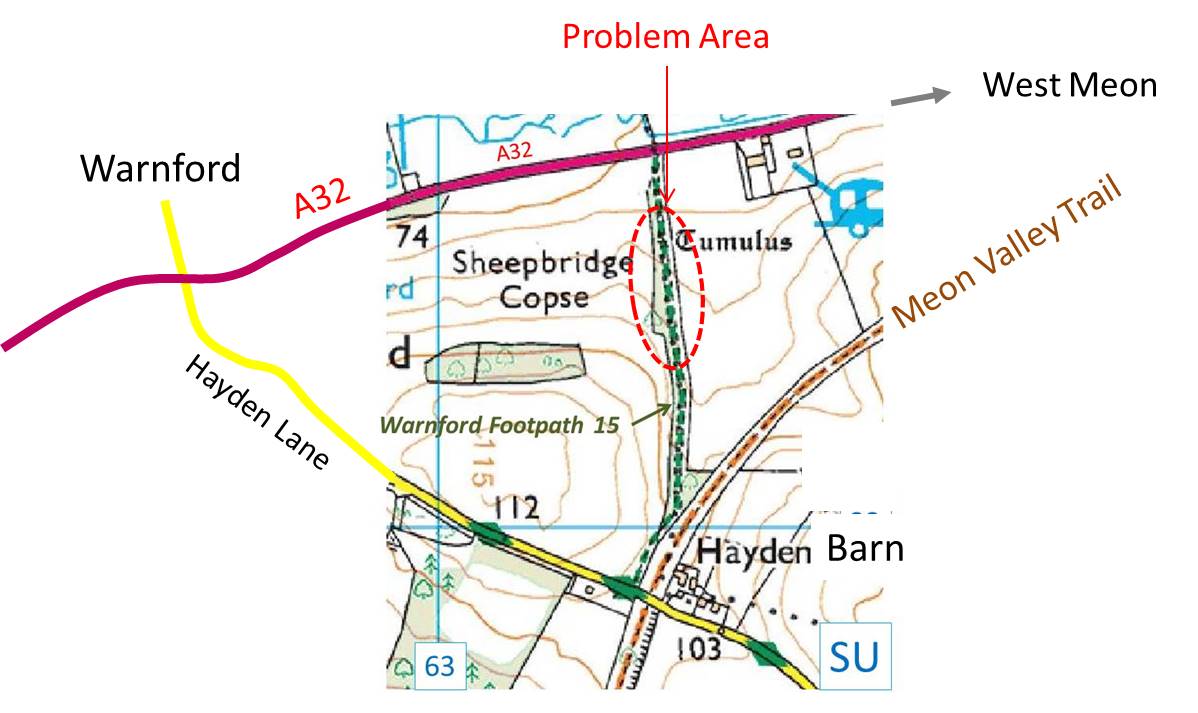 From the Hayden Lane railway bridge to the A32 at Sheepbridge runs a public footpath. It follows an ancient trackway and boundary bank dating back at least to the reign of the King Athelstan (927 to 939 AD) and which may well be very much older.  About 150 yards north of the A32 there is a Bronze Age bowl barrow, surrounded and capped by a stand of mature beech trees.   The boundary bank and barrow are a Scheduled Ancient Monument.

Over the past few months the barrow and adjacent bank and copse has been turned into playground by mountain bike or BMX users.  Young trees and bushes have been cut down to make way for bike tracks, badger holes have been filled in and jumps carved out of the sides of the barrow and the boundary bank.  Litter (mostly empty pop and water bottles) is being left around.

Until recently this was a beautiful place.  It is rapidly becoming a mess.  Whoever is doing this is likely to be local – if you know who it is, please ask them to stop and remind them that they are trespassing and that damaging an Ancient Monument is a serious criminal offence. 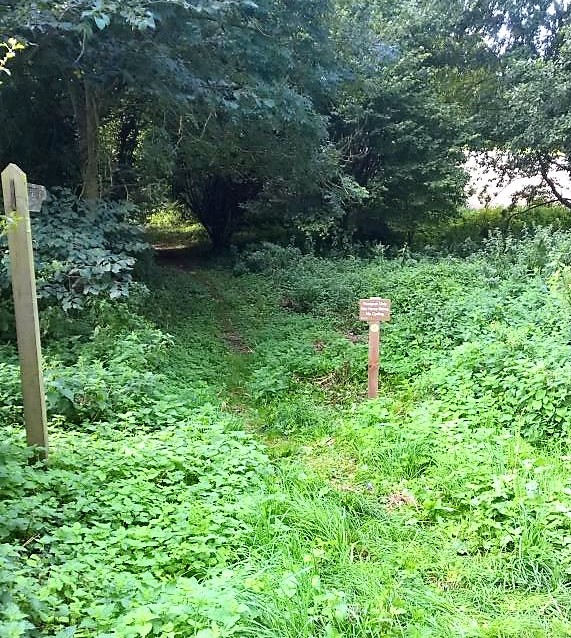