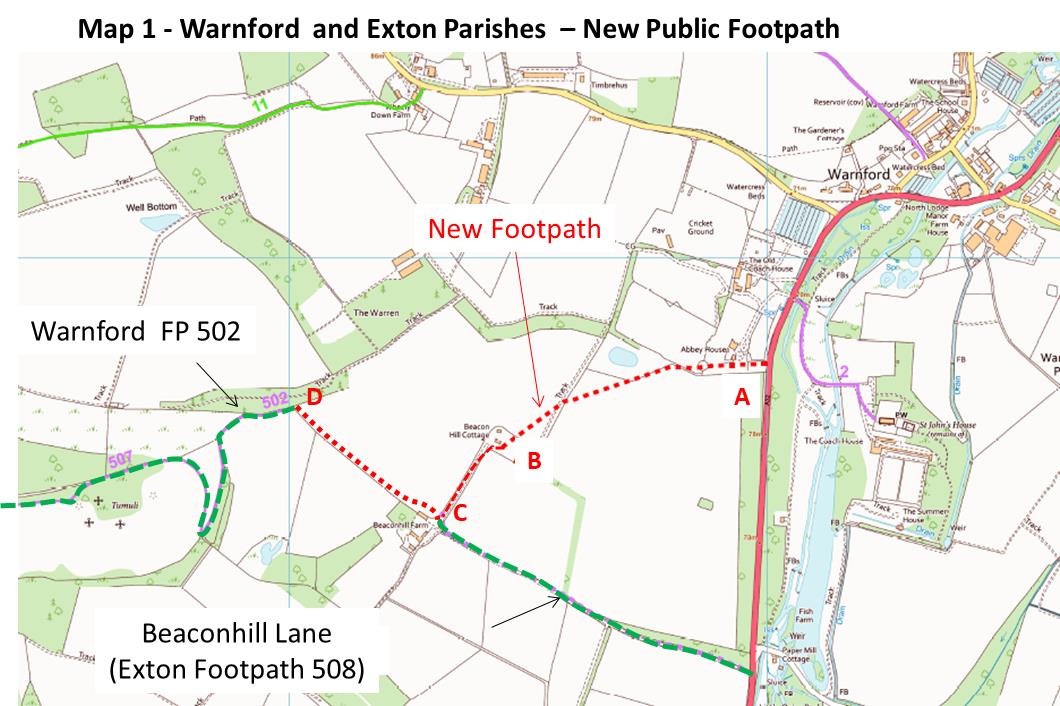 The Parish was consulted in 2019 about a possible additional public footpath.   An application had been made to Hampshire County Council (HCC) to restore a public footpath to the network that appeared to have been omitted when the Definitive Map of public rights of way was created under the National Parks and Access to the Countryside Act 1949.

HCC has now reviewed the evidence presented to it and is evidently satisfied that the path should be added to the Definitive Map.  A Definitive Map Modification Order (DMMO) has now been published and is available below.  Following publication of the DMMO, there is a period of six weeks during which anyone can submit an objection or a letter of support. This ends on 24th December.   Map 1 above shows the route included in the DMMO. If you wish to personally object or write in support of the DMMO please do so.

The possibility of creating this link was discussed and publicised in the Parish in 2019 and the response was positive.   A number of new circular walks from Warnford, West Meon and Exton will be possible via the new connection (see Map 2).  It will also form a potential alternative route for walkers on the South Downs Way.

The historic route includes an additional section (A to C on the map above) from the verge of the A32 south of the Middle Lodge entrance to the Park, through the grounds of Abbey House and to the top of Beaconhill Lane.  The heavy traffic on the A32 and the lack of verges between Middle Lodge and Warnford Village means that the value of this additional section would be limited.

The period for submitting letters of support or objection  to Hampshire County Council (HCC) expired on 24 December 2021. Having consulted the Parish, Warnford Parish Meeting sent a letter of support, a link to which is shown below.

HCC has told WPM that an objection has been received, which means that the matter must go to the Planning Inspectorate (PINS). HCC will refer it to PINS early in 2022 but it may be quite some time before a decision is reached on whether to confirm the footpath. PINS has quite a backlog of cases so will not be able to deal with this one  for some months, and will then need to consider how to proceed ie by written representations or  Inquiry. Whichever is adopted, there is unlikely to be a decision within 18 months, and it could well take longer.

The evidence relating to the proposal is discussed within the HCC decision report, which is published online:

Decision - Application for a Definitive Map Modification Order to record a footpath between the A32 (near Abbey House) and Beaconhill Cottage Parish of Warnford | About the Council | Hampshire County Council (hants.gov.uk)

The evidence, which is detailed in the report, is interesting historically quite apart from its relevance to the footpath application.

A further update will be posted when there is more news. 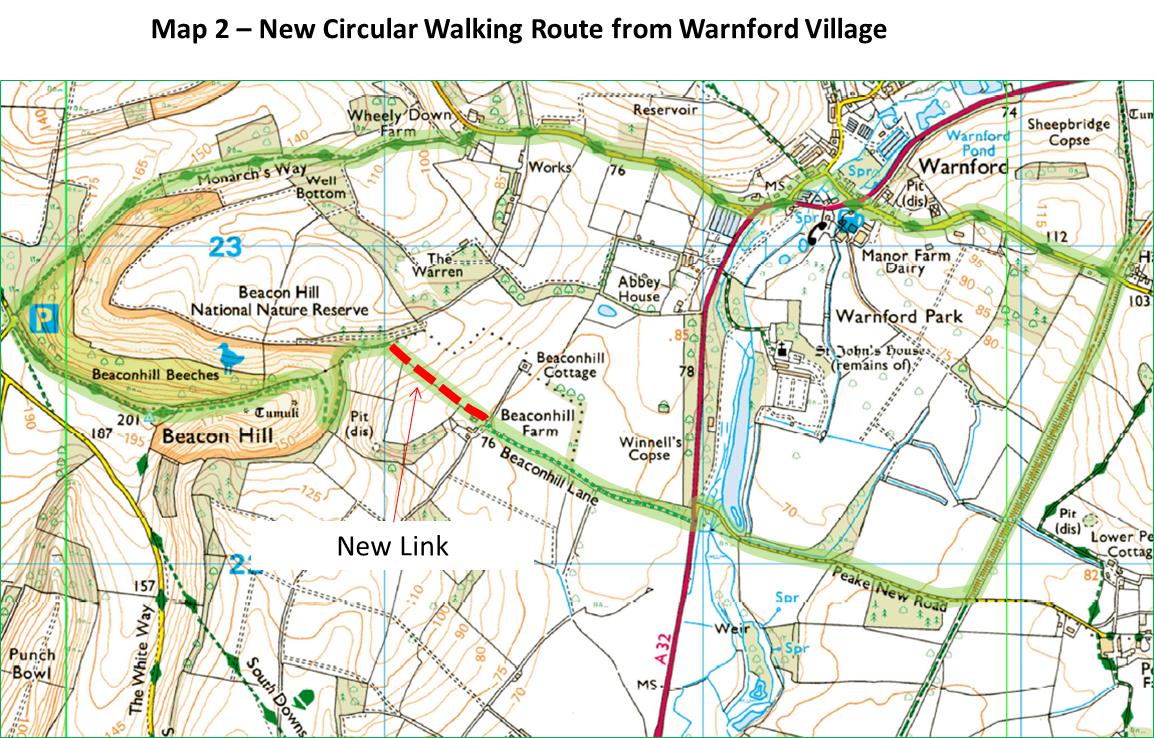